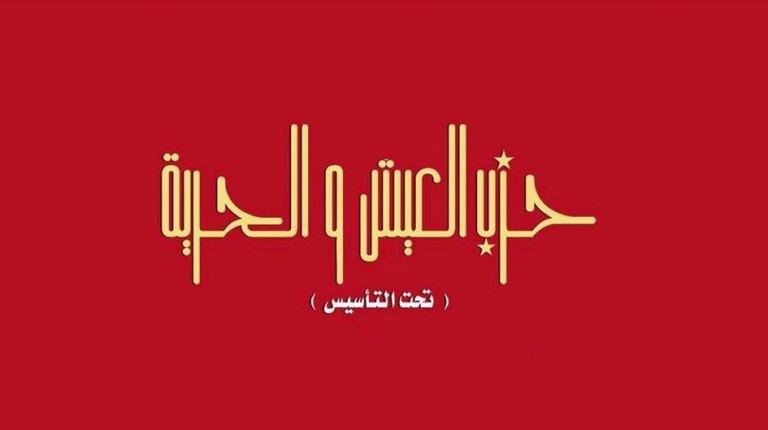 The Bread and Freedom Party (Al-Esh Wal Horreya) demanded Tuesday the release of its detained members and “all prisoners of conscience…detained under the rule of the Protest Law”.

“Thousands of young men are behind bars with false accusations,” the party said in a statement, adding that the youth are paying the price of loyalty to the revolution’s ideals.

There are five members of the party who were arrested under various charges. One of them has been charged with inciting government employees to strike, while the other four “were arrested randomly” during the 25 January Revolution anniversary, the party said. They will be interrogated by the prosecution Thursday.

Official figures say that at least 23 people were reported dead following clashes, with over 150 arrested during the violence over shadowing the fourth anniversary of the 25 January Revolution.

The party asserted that one of the four arrested members is blind.

“The continued polices of terrorising and oppression as well as the targeting youth by imprisonment or murder, increases tension and can lead to chaos and popular anger,” the party added.

The controversial Protest Law was issued by decree by former interim president Adly Mansour in November 2013, and places heavy restrictions on demonstrations and public expression of opinion, with any participants facing jail sentences.

The charge of illegal protesting has been used against thousands, including Muslim Brotherhood members and supporters. It has also been against high profile pro-democracy activists like Alaa Abdel Fattah, Ahmed Douma, Ahmed Maher, Sanaa Seif and Yara Sallam.

Earlier in February, the party announced that it will not participate in the elections in protest over the current government’s policies.

So far eight parties are boycotting the upcoming parliamentary elections.

The party announced, in an earlier statement that it had previously called for the removal of Interior Minister Mohamed Ibrahim, and placing all those responsible for the crimes committed by police personnel against the people under investigation. It stated that Air Defence Stadium killings are “just another crime in a series of systematic crimes supported and protected by the regime”.