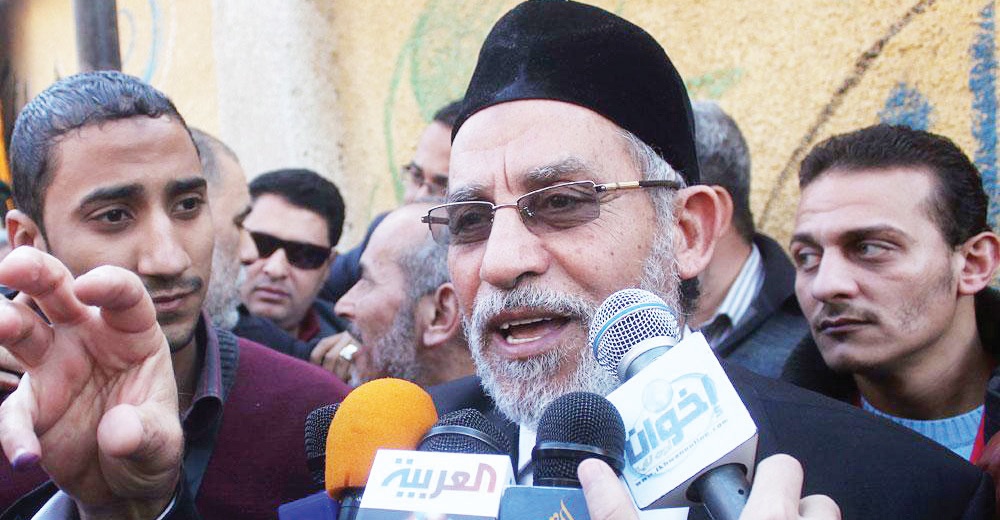 The Court of Cassation overturned death sentences on Muslim Brotherhood Supreme Guide Mohamed Badie and 34 others on Wednesday.

The defendants were charged with storming a police station in Al-Minya, and killing a police officer and eight other people, following the dispersal of sit-ins in support of ousted president Mohamed Morsi in August 2013, reported state-owned Al-Ahram.

Badie was arrested from a Nasr City apartment on 20 August 2013, less than a week after the sit-in at Rabaa Al-Adaweya was violently dispersed.

The court ordered a retrial for all the 136 defendants in the case.

The Giza Criminal Court handed preliminary death sentences to Badie and 13 other defendants in June in the “Istiqama Mosque” case. They are charged with murder, attempted murder, planning and taking part in an illegal assembly, vandalising properties, and causing injuries.

Badie was one of 638 who were sentenced to death on 28 April by the Al-Minya Criminal Court for allegedly killing two policemen and breaking into the Edwa Police Station on 14 August.

The leader is also accused of “forming an operations room to direct the Muslim Brotherhood terrorist group to defy the government during the Rabaa sit-in dispersal, and to spread chaos in the country [by] breaking into police stations, government institutions, private property, and churches”.