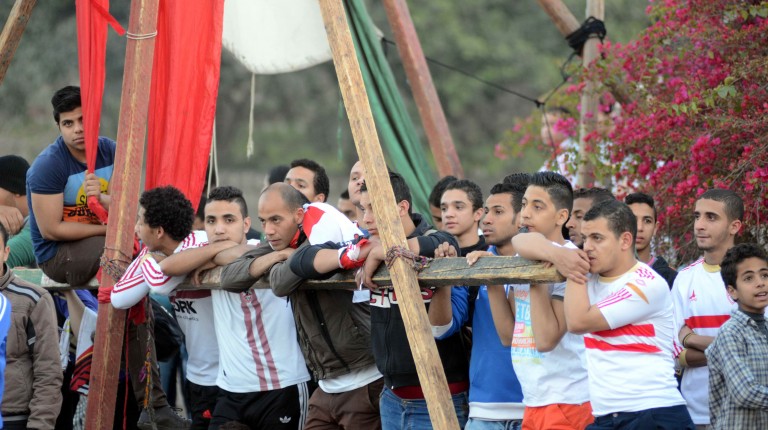 East Cairo’s prosecution office ordered Tuesday the release of 18 Zamalek SC fans and the detention of three accused of inciting violence and assaulting security forces, among other charges.

The prosecution ordered earlier on Tuesday the detention of the supporters pending investigations into the violence leading to the killing of over 22 supporters.

The deaths occurred as security forces violently dispersed crowding fans at the entrance to the Air Defence Stadium in Cairo.

State TV announced Sunday that 22 were found dead in the events that preceded the match between Zamalek and ENPPI on Sunday. The hardcore Zamalek fan group, the Ultras White Knights (UWK), however said 28 were killed.

Nevertheless, the latest report from the prosecution said only 19 were killed in the events, state newspaper Al-Ahram reported.

The prosecution’s figures match those of the forensic medicine authority, which issued an initial report on Tuesday claiming no deaths were caused by live ammunition, birdshots or suffocation from tear gas.

The prosecution also ordered the arrest of a number of the UWK leaders, accusing them of inciting the storming of the stadium.

Prominent human rights lawyer Tarek Al-Awady, who has represented Ultras fans in previous cases, said he filed a lawsuit to the prosecution, accusing the interior minister, Zamalek president and board members, and chief of the Cairo Security Directorate of being responsible for the killings of the supporters.

He also said that the Zamalek president, Mortada Mansour, is being summoned for investigation along with the Egyptian Football Association President Gamal Allam.

Al-Awady added: “As for the three imprisoned pending investigations, we don’t know who they are. The Ministry of Interior brought them in to prosecution and they were not with the Zamalek fans when arrested. The three confessed against the White Knights and admitted to receiving sums of money to cause violence.”