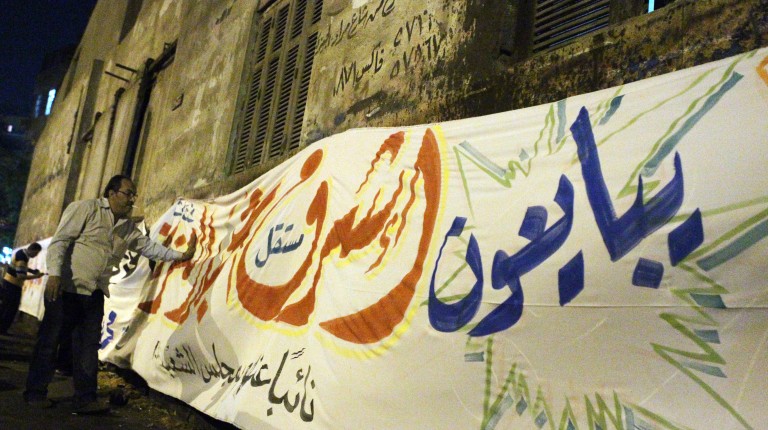 Al-Wafd Party’s chairman El-Sayed El-Badawy accused the electoral coalition called “For the love of Egypt” formed by military expert Sameh Seif El-Yazal (formerly Kamal El-Ganzoury’s list) of “choosing their candidates by orders from the state’s sovereign entities”, contradicting previous agreements. However, El-Badawy did not rule out possible alliances between the two groups in a press statement Friday, which is to be decided following a Saturday meeting. He said El-Yazal accepted 20 names provided by Al-Wafd to join his list.

Al-Dostour Party saw internal disputes in a closed meeting on Friday regarding their participation in parliamentary elections. Al-Dostour had previously announced boycotting the elections, not believing the political system was favorable to a democratic transition. However, a member of the party’s high committee, speaking on condition of anonymity, revealed to Daily News Egypt that the quarrel reached a threatening point, when one of the party members stormed the meeting and threatened the secretary-general with a knife. He explained that leading members of the party do not stand in the same line regarding the boycott announced by party president Halla Shukrallah.

Ramy Galal, media spokesperson for the list titled “Egypt’s Renaissance”, which includes the Egyptian Social Democratic Party (ESDP), said that elections should be based on competition and variety and that the people’s choices should be respected, even if their votes bring back old-regime figures to the parliament.

The Free Egyptians Party (FEP) will endorse pharmacist Samy El-Mashad as the rival candidate for former NDP member and steel business tycoon Ahmed Ezz in the Sadat constituency in the governorate of Menufiya. Another rival candidate is Gehad Abdul Zaher from Al-Nour Salafi Party.