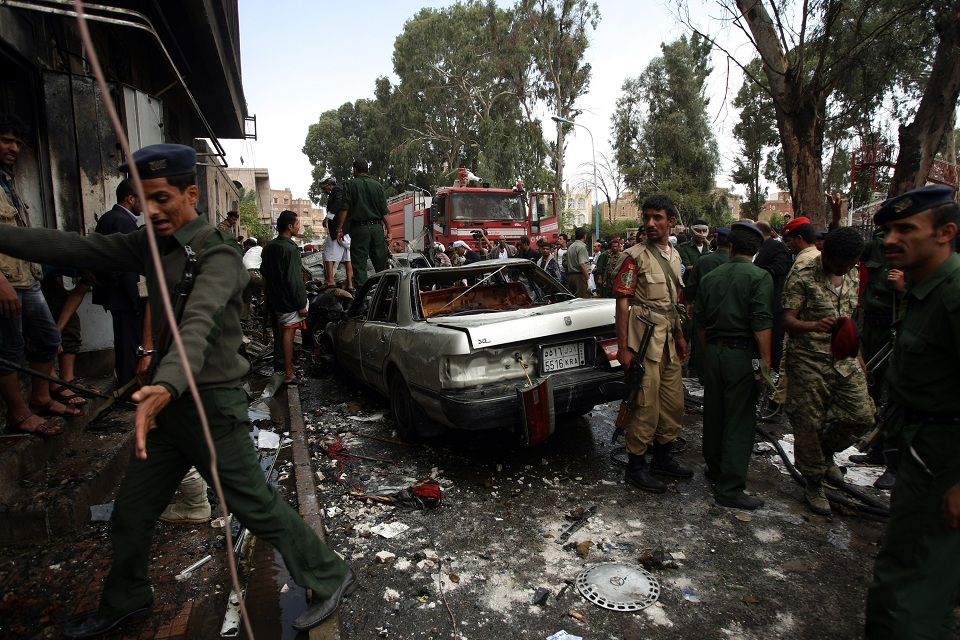 As the GCC pushed for the UN Security Council’s escalation against Houthi control in Yemen, concerns arise on Egypt’s potential in the conflict, given its strategic location.

Egypt’s Suez Canal leads to the Red Sea, connecting to the Gulf of Aden, while the strait of Bab El-Mandab located between Yemen and the Arabian Peninsula, poses a potential threat.

If the Houthis, or other armed groups, advance towards the strait, threatening to halt international navigation activity, Egypt will have to stop them with military force, military expert and former deputy minister of Defence Hossam Sueilam told Daily News Egypt Sunday.

So far, Egypt has chosen to remain out of regional conflict zones, notably in the Western alliance’s war against the Islamic State in Iraq and Al-Sham (ISIS). “Neither [are they involved] in Yemen nor Libya,” said Sueilam, who explained that Egypt renounces military participation in countries with political turmoil, despite the West’s best efforts.

While Sueilam spoke of other means of pressure by influential political or intelligence figures, Egypt’s decisions are driven by its national interests. Also in the picture is Egypt’s history with Yemen pointing towards making careful decisions regarding military intervention.

“Egypt has learnt a valuable lesson after its interference in Yemen’s civil war in the ‘60s, and the unsuccessful experience then,” said Moataz Salama, an expert in Yemeni affairs, and head of the Gulf department at the Ahram Center for Political and Strategic Studies.

Salama admitted that military operations could occur in the case of dangers perceived from Bab El-Mandab strait, or if an obvious Iran-backed expansion plan appears to be a menace for the rest of regional countries. He doubts, however, that in current times even outside forces can solve the situation in Yemen, so long as the internal power conflict is ongoing.

“What Egypt can provide is its political support for Saudi Arabia and the Gulf states’ policies,” Salama said. The GCC has strongly supported Egypt financially and politically, following the ouster of former president Mohamed Morsi, namely pressuring against Qatar’s hostilities to Egypt.

In a statement slamming the GCC, the office of Houthi media spokesperson Abdul Malak Badreddine criticised the member-states’ bias against Houthis. This was especially so given their support of the ouster of “the legitimate elected president Mohamed Morsi, considering his overthrow a popular revolution, accepting the former president and government officials to be put behind bars as part of that revolutionary uprising”.

Badreddine accused the GCC of supporting and financing extremists and Al-Qaeda members, causing more chaos and preventing any projects that can provide Yemenis with some self-sufficiency.

“The declaration of the GCC against Houthis is no surprise,” Badreddine stated Saturday, criticising the Gulf’s rejection of the Houthis’ legitimacy. The GCC had also threatened to escalate measures if they do not back off and integrate in a peaceful political transition of power.

“We reject the constitutional declaration by the Houthis’ militias and their attempts to impose themselves by force. We ask that they withdraw from all areas under their control and hand in arms to official security and military institutions and invite them to respect the Yemeni population and engage in the country’s political life,” the GCC’s statement read, according to Saudi newspaper Okaz.

The GCC called on the UN Security Council to apply actions stated by Chapter 7 of the UN Charter concerning threats to international peace and acts of aggressions. This enables member-states to declare the use of force, should the concerned party fail to comply with the council’s recommendations.

The GCC demanded from “the militias of the Houthis” to release Hadi and Yemeni Prime Minister Khaled Bahah and all captured government officials. The meeting came following a January conference where the GCC expressed their concern over the turmoil in Yemen and considered it a threat to the entire Gulf region.

The UN Security Council members are considering the first resolution on Yemen since the Houthi rebels’ takeover of the capital Sanaa in September, following a Jordanian and British prepared draft demanding “immediate and unconditional withdraw[al] of forces,” AP reported Saturday.

During the Security Council’s briefing on the situation in Yemen last Thursday, Adviser to the Secretary-General Jamal Benomar stated that “every effort to support a peaceful negotiated transition in Yemen has been made”, but expressed regrets after three years, noting that “this transition is now in disarray.”

The UN-led peace negotiations in Yemen with political parties including the Houthis political wing, known as Ansarullah, were slammed by “their surprising constitutional declaration”, added Benomar.

According to a Yemeni news website, political forces had also failed to come together against the declaration, after a joint meeting due Sunday was postponed with no stated reasons. There was also a possible objection by political groups from the South, who did not wish to be inserted into the conflict.

The Houthi “revolutionary council” announced a constitutional declaration on 6 February stating the formation of a transitional presidential committee and government. This came as their forces had seized the Republican Palace, forcing the government to resign on 22 January.