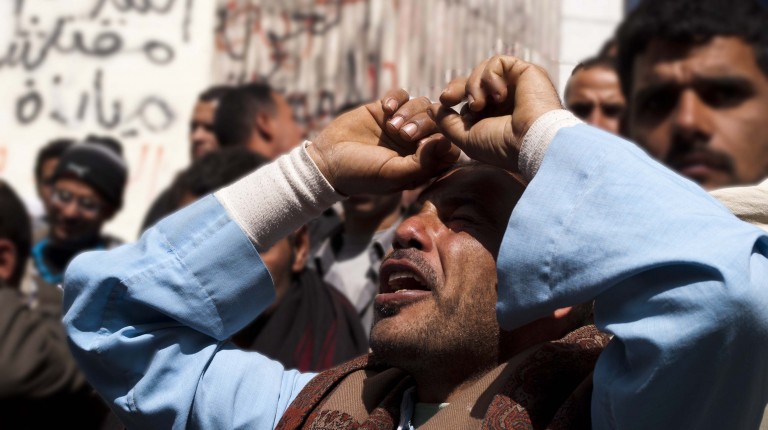 Foreign Ministry spokesman Badr Abdelatty confirmed Monday that procedures are ongoing  to ensure and facilitate return for Egyptians who are willing to return home from Libya.

The procedures are underway upon the instruction of President Abdel Fattah Al-Sisi.

Abdel Atty said there is coordination with Libya’s neighbouring countries to facilitate Egyptians’ return from there, according to state-run news agency MENA.

The Egyptian Army launched a series of airstrikes against targets in three coastal cities in Libya Monday morning against “Islamic State” (IS) in Libya in response to the beheadings of 21 Egyptian Coptic workers.

“Islamic State” claimed the abduction of the Coptic Egyptians at the beginning of the year, with the kidnappings occurring on separate incidents. The group released a video Sunday showcasing the beheadings of the entire group on Friday.

Libya, one of the Arab region’s richest countries in oil, has been home to more than a million Egyptian citizens since the 1970s.

After August 2013, the Libyan insurgency and the NATO intervention led to the increased usage of heavy weapons by different rebel groups and militias who started to clash over territories and influence.

The killing of the Coptic workers last week was the latest attack on Egyptian community in Libya. However, escalation of violence may be a notification to possibility of further attacks as some Islamist factions already hinted at such possibility.

The Libya Dawn, a coalition of Islamist militias that control the capital city of Tripoli, issued a statement in which it called on Egyptian workers in Libya to leave the country within 48 hours. They said this was to avoid any criminal acts against them, MENA reported.