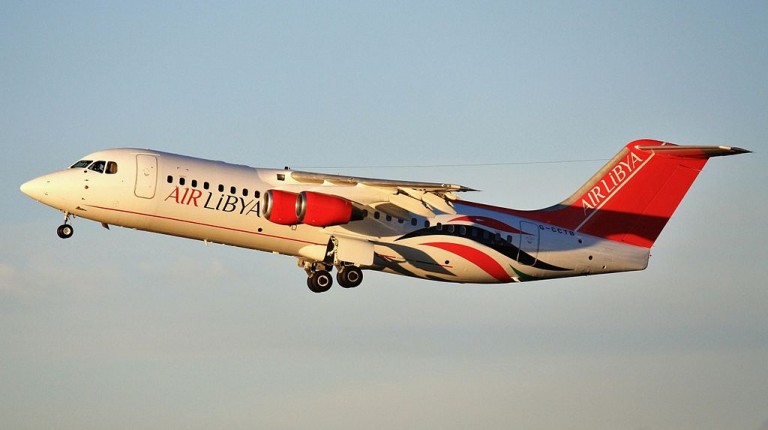 Buraqair, Air Libya and AFRIQIYAH Airways have not halted flights from West Libya to Borg El-Arab Airport, according to Chairman of the Civil Aviation Authority (CAA) Taha Zanaty.

The three companies work daily and arrive to Borg El-Arab Airport in Alexandria under tightened security measures on flights. Flights are inspected, and all the passengers’ data are revised, said Zanaty.

The three companies send 15 flights weekly from airports in Al-Abraq, Tobruk and Mitiga to Borg El-Arab Airport, according to Zanaty. He added that any Egyptians attempting to travel to Libya through these companies are being stopped.

“A ban on receiving any flights from Libya to Cairo International Airport is still in effect because of the poor security situation, while flights between Egypt and Libya were only sent to airports of Al-Abraq and Tobruk in Libya, and Borg El-Arab Airport in West Alexandria,” Zanaty added.

The Ministry of Civil Aviation evacuated around 40,000 Egyptian workers in September 2014 from Libya through the airports of Garba, Tozeur  and Gabès, due to the deteriorating security situation.

President Abdel Fattah Al-Sisi demanded state agencies put an emergency plan for the evacuation of Egyptians from Libya, and to firmly implement the decision to ban travel there. Both of Al-Sisi’s demands came shortly after the 20 Egyptians were killed.

Egypt Air announced it was ready for the process of evacuating Egyptians, by preparing aircrafts and crews awaiting the state’s decision to process evacuation.

EgyptAir’s holding company is conducting an inventory of available aircrafts, and preparing crews in preparation for any instructions to evacuate Egyptians from Libya, according to company president Sameh Hefny.

According to Hefny, Libyan airports are completely unsecured and Egyptian aircrafts cannot land in them, unless the Egyptian government asks the national company to do so.