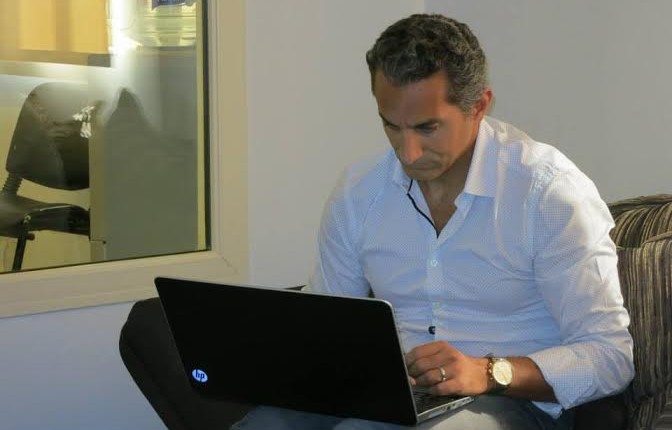 Sara Taksler, a senior producer at the “Daily Show with Jon Stewart” recently said that she has secretly directed a documentary called “Tickling Giants”, the New York Times reported .

The documentary, which focuses on Egyptian surgeon-turned-television presenter Bassem Youssef, seeks to explore the nature of free speech and satire in the Middle East. It looks at Youssef’s attempt to remain on air, along with a revolutionary writer, a woman who protests vocally despite her family’s objections and a poet.

It is salient that Taksler is behind “Tickling Giants”, as Bassem’s former show “Al-Bernameg” is modelled the Jon Stewart’s own programme.

Taksler had to shoot the documentary in secrecy because of the security concerns in Egypt. In an e-mail, Taksler tells the New York Times that “because the government of Egypt had begun checking hard drives, to get the last drive out of Egypt someone unrelated to the film had to fly the footage out of the country”.

Now, to raise funds for editing and translation of the documentary, Taksler is turning to the public, via the Internet, for financial support.

Like so many independent filmmakers these days, she is raising money on Indiegogo, a crowd-sourcing website which allows people to look for money for ideas.

The Indiegogo page states: “Bassem shows that comedy can be both cathartic and dangerous, and “Tickling Giants” follows his attempt to remain on the air, keep his staff safe, not get arrested, and let those in power know they’re being held accountable. Oh, and he has to do it all while being funny.”

Filmmakers on Indiegogo will often offer gifts to those who contribute to their projects and some of the perks Taksler is offering include a signed poster of the film by Bassem and a voicemail recorded by Bassem which will feature the person’s name.