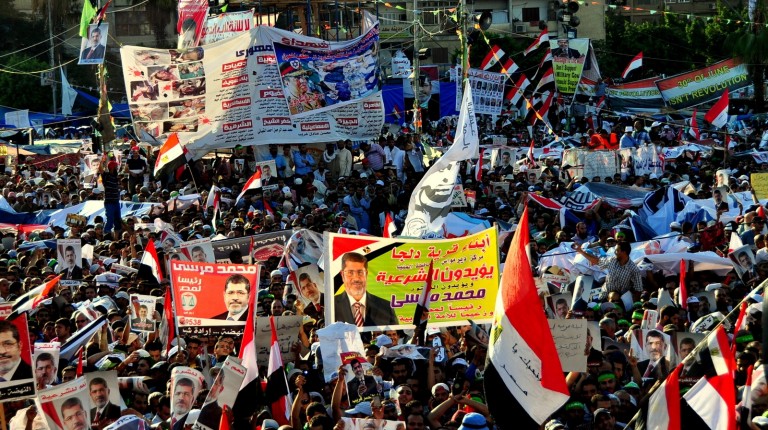 The Suez prosecution department referred Tuesday 200 defendants, including the Supreme Guide of the now-banned Muslim Brotherhood, to a military court.

The first trial session is set to take place on 23 February, with the defendants facing charges of the murder of 35, and the attempted murder of 11. They are also charged with torching a number of public and private building institutions, as well as destroying some Coptic Church-affiliated buildings in Suez.

The incident was part of the post-Rabaa Al-Adaweya violence, where pro-Morsi supporters angrily protested against the violent dispersals in August 2013.

The defendants also include Mohamed El-Beltagy and Safwat Hegazy, as well as other prominent Suez-based Brotherhood members and members of other Islamist parties and movements.

Referring citizens to military courts has been a common practice since the 25 January Revolution. It has increased after President Abdel Fattah Al-Sisi issued a decree which expanded the jurisdiction of military courts to include anyone who attacks the state’s “vital” facilities.

Among the facilities “protected…against terrorist attacks” by the new law are “stations, power networks and towers, gas and oil fields, rail lines, road networks, bridges”, according to the presidential statement.

The decree took effect starting 28 October 2014, and scores of defendants were referred to military courts.

Various human rights organisations condemned the law, including Human Rights Watch, which stated that the law gives military courts “the widest legal authority since the birth of Egypt’s modern republic in 1952”.

Last year, Ismailia prosecution referred 300 Muslim Brotherhood figures to military courts, with Badie, El-Beltagy, and Hegazy also among the defendants. They were charged with inciting violence and torching the Ismailia court house building in July 2013, following the dispersal of the pro-Morsi camps in Rabaa Al-Adaweya and Nahda Squares.