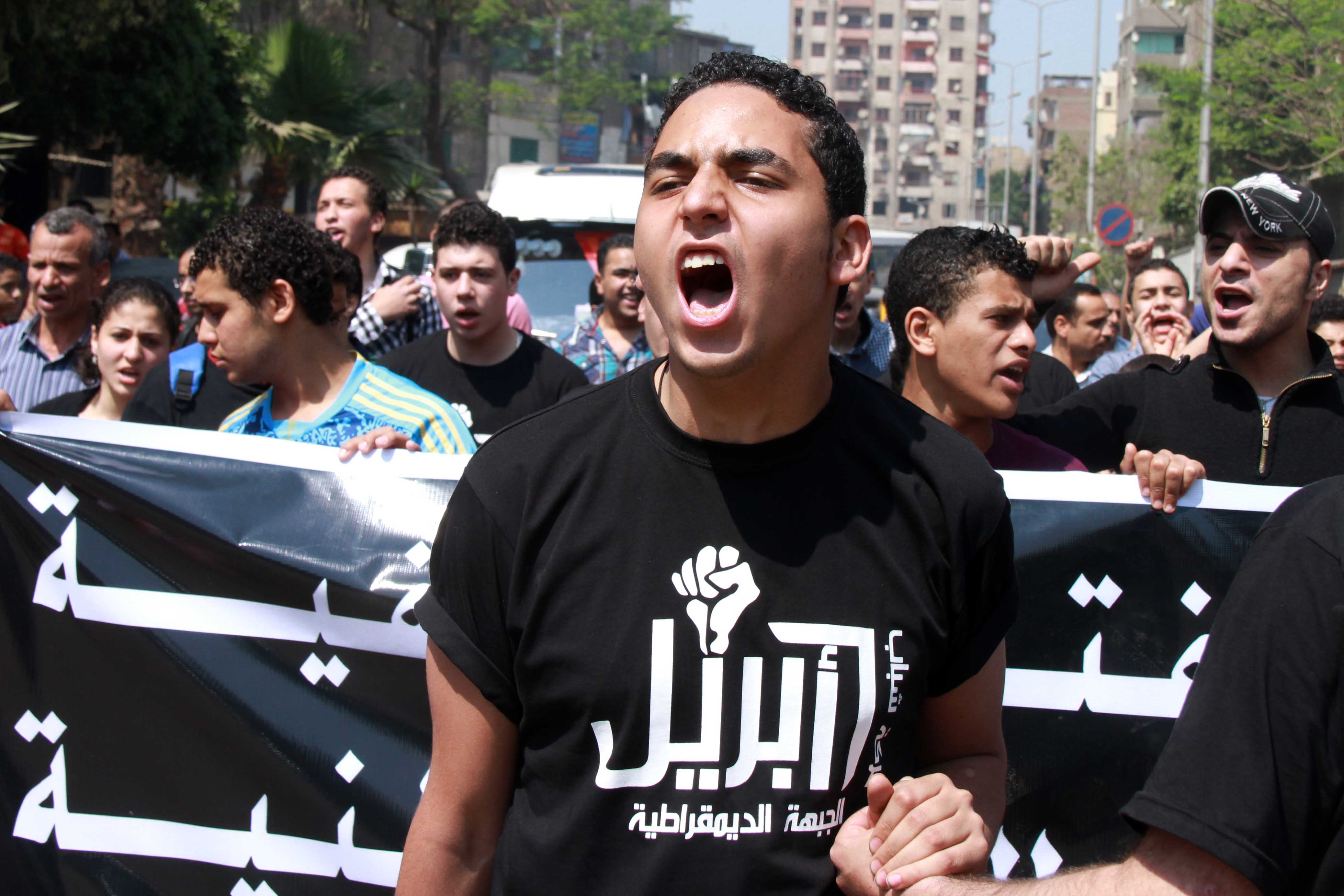 The Alexandria Court of Urgent Matters resumed its sessions Tuesday, in a lawsuit demanding the banning of the 6 April Youth Movement and listing them as a “terrorist organisation”.

El-Roubi slammed the Egyptian judicial system, saying that 6 April does not and will not acknowledge any court decisions.

“The system is a joke”, he said, justifying his stance stating that the “judicial system jailed revolutionaries on Monday and acquitted former regime figures the next day”.

6 April is an independent movement, not an official established organisation as the lawsuit claims. Twelve of their members are currently detained, including one who received a 15-year prison term in the Monday Shura Council trial. The defendant was sentenced in absentia, but El-Roubi explained that the reason for his absence is that he was in jail due to his arrest during the protests commemorating the 25 January Revolution.

Others were sentenced to three years in the Itihadiya Palace clashes case, involving activist Sana’a Seif. El-Roubi himself was arrested recently and detained for a day in Azbekiya police station, but released shortly after.

He said he was arbitrarily arrested by a police officer who knew him personally while he was on the streets around the hours of dawn.

In another incident of random arrests of citizens on the streets, El-Roubi said police arrested as many as 40 people on the streets and made them pay money to let them go. “They made about EGP 2,000 in half an hour,” he said.

El-Roubi was among those who were taken to the police station. He said a man paid his way out of the station, even though the officer informed him there were nine verdicts issued against him. “Nine verdicts and he walked away free,” he said.

El-Roubi sad he was disappointed to see famous political figures who defended the revolution and stood up for freedom and human rights, join efforts with politicians to gain parliamentary seats. This was despite their being well aware of the politicians’ corruption.

“As for us in 6 April, we do not allow our members to take part in the government, as we have no aspirations for political power, we only want reforms in the system,” he continued.

6 April played an influential role in the 25 January Revolution and in the recent history of Egypt’s protests, dating back to 2008, when they supported a wide movement of civil disobedience.