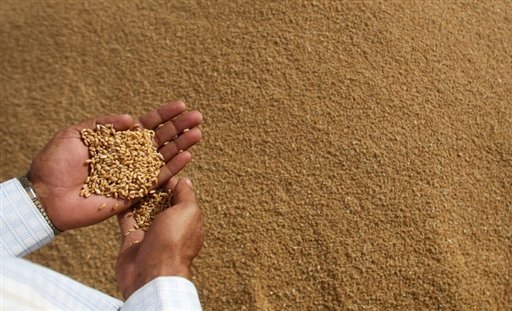 The General Authority for Supply Commodities (GASC) has signed a contract to purchase 290,000 tons of American wheat with an average cost of $273.11 per tonne. The wheat, which was purchased though an international tender, will be used to produce subsidised bread.

The wheat will be supplied between 15 and 25 April, vice president of GASC Mamdouh Abd El-Fattah said.

In January, all contracted quantities signed between Egypt and Russia were received after the final delivery of the final 120m tonnes.

During 2014, the Egyptian government mainly imported wheat from Russia, Romania, Canada, France, Argentine, the US and Ukraine. The ministry has previously said that no specific country is favoured when selecting importers, adding that wheat is done through the international stock market.

Egypt is the world’s largest wheat importer. The country is currently seeking to establish a global logistics centre for grain trade and storage aiming to trade and re-export 65m tonnes of grain annually.

Seven international consulting companies have coordinated in preparing studies for the Damietta logistics centre. The studies include preparing feasibility studies, economic and logistical needs, as well as marketing and operating the centre.

President of the Russian-Egyptian Business Council Mikhail Orlov stated that Russian businessmen welcome the investment in the project.