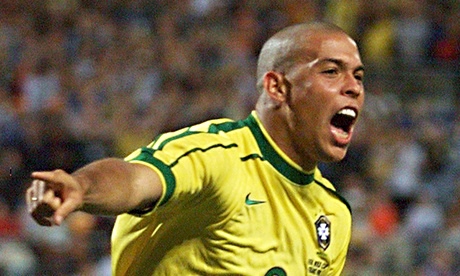 Brazilian star Ronaldo, who retired four years ago, confirmed his intention to return to the stadiums by joining the American club Fort Lauderdale Strikers. Ronaldo told Brazilian newspaper “Lance”, during his participation in one of the Samba events at the Rio de Janeiro Festival, that this would eventually happen as he said before.

Ronaldo confirmed he has to be under severe nutritious protection to be able to return to stadiums and to lose weight . He added that he already overcame many difficulties on his path when he played for Real Madrid, Barcelona and Inter Milan.

At the end of last year, Ronaldo decided to invest his money in US football, and he became one of the shareholders in a club which plays in the North American League (NAL), the second most challenging league in the US.

During a press conference, when Ronaldo was asked about possibility of returning to stadiums, although he did not play since he left Brazilian team Corinthians in 2011, he replied saying that this is not easy because he loves football so much, and his life is all about it.

He added that when he stopped playing, it was because his body was still suffering a lot of injuries and pain.

Ronaldo announced to Real Madrid, Barcelona, AC Milan and Inter-Milan that to play a football match, you have to match fitness criteria.

“I will try this, since it is another challenge, and I am sure that it will be of benefit to the competition as well as the team. I will train a lot, and if the coach needs me to play, I will,” he added.

Recently, 37-year-old Raul, the attacker who played for Spain and Real Madrid, joined New York Cosmos team, which is also ranked in the second category.

Strikers who joined NAL during the seventies, where great stars were playing in the team, included George Best, Gordon Banks, and Gerd Müller. The team was re-established in 2011 and plays in the old stadium of Lockhart. Unfortunately the number of fans who attend their matches rarely surpasses 3,000.

Ronaldo has two siblings, sister Leon and brother Nelio Junior. He was not able to go to school because his family needed money. So he worked as peddler and porter, before joining one a Rio de Janeiro telephone company. He started his football career with the Brazilian team Crozeiro then joined Selesão (the Brazilian National’s Team title)  at an early stage, until he joined the Mundial Team in 1994.

Outside Brazil, Ronaldo joined Eindhoven Dutch Club as a professional player, then joined Barcelona and many of the bright European teams. Ronaldo scored almost 352 goals during his path. Moreover, he played 98 matches wearing the Brazilian shirt, where he scored 62 international goals. We could never forget his goal in the finals of the World Cup 2002.

Ronaldo won the title of the World Cup Football Scorer since 2006, after scoring 15 goals during his participation in three championships for the Mundial. Unfortunately, this number collapsed in the World Cup 2014, in Brazil itself, because of the German player Miroslav Klose. Funny fact is that Ronaldo received this title in Germany!

The Brazilian legend received many titles and joined many championships, the most important of which was: the two World Cup Championships in 1994 and 2002, where he was part of his National Team; the FIFA Confederation Cup 1997; as well as two Championships for Copa América. In the teams he played, Ronaldo won the UEFA Cup Winners’ cup in 1997, European Union Cup, under its old name, in 1998, in addition to Intercontinental Cup (FIFA Club World Cup nowadays). Although Ronaldo’s name is bright, and although he joined the brightest international teams, he has never won the UEFA Champions League.

Notably, Ronaldo gained weight before and after his retirement, until he had to receive treatment in order to lose weight. He suffered a lot of bizarre health crises, the most famous of which was the epilepsy crisis he said to have suffered after participating in the World Cup in 1998.