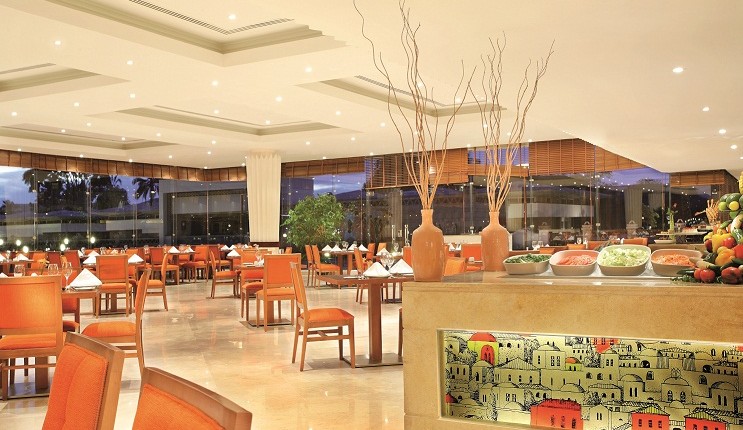 Tourist restaurants are experiencing losses despite recent statistics by the Central Agency for Public Mobilization and Statistics (CAPMAS) showing tourist visiting Egypt increased by 15.3% during December 2014 compared to December 2013.

The movement in tourist restaurants ranged between 15% and 45%, as it is affected by the security situation in Egypt, according to Chamber of Tourist Restaurants member Mahmoud Rizk Al-Gammal.

Al-Gammal said the security situation affects more than raising the prices of food commodities, so the ratio of turnout in tourist restaurants has not changed. He added that the demonstrations and violence prevented clients from going out to restaurants.

“It is expected that an unusual boom will happen in the tourism sector in general during and after the March Economic Summit in Sharm El-Sheikh, because Egypt will prove to the world and investors it is able to impose security and what is needed to activate the motion on the tourist restaurants,” said Al-Gammal.

Chamber of Tourist Restaurants member Hisham Abdullah said there is a high rise in the prices of food commodities, but restaurants cannot raise prices. This is because the purchasing power of the restaurants is very weak.

Abdullah said the turnout to tourist restaurants in Saqqara, in the Al-Haram area of Cairo, experienced a large decrease at a rate of 50%. The proportion of foreigners dropped more than Egyptian clients.

“The decline [was also] largely on the tourist restaurants due to tourists and clients turning to cafes and coffee shops because of the appetite for shisha shops, not food,” added Abdullah.

Abdullah demanded the presence of an association or union for imported food commodities for the tourism sector without achieving profit margin. This is due to traders increasing prices above the actual increase by the government.

He explained that this union is similar to a company that existed in the past for tourist supplies.

There are approximately 1,200 tourist restaurants registered with the Chamber, out of a total of 7,000 in Egypt, according to former chairman of the chamber Wagdy Kerdany.