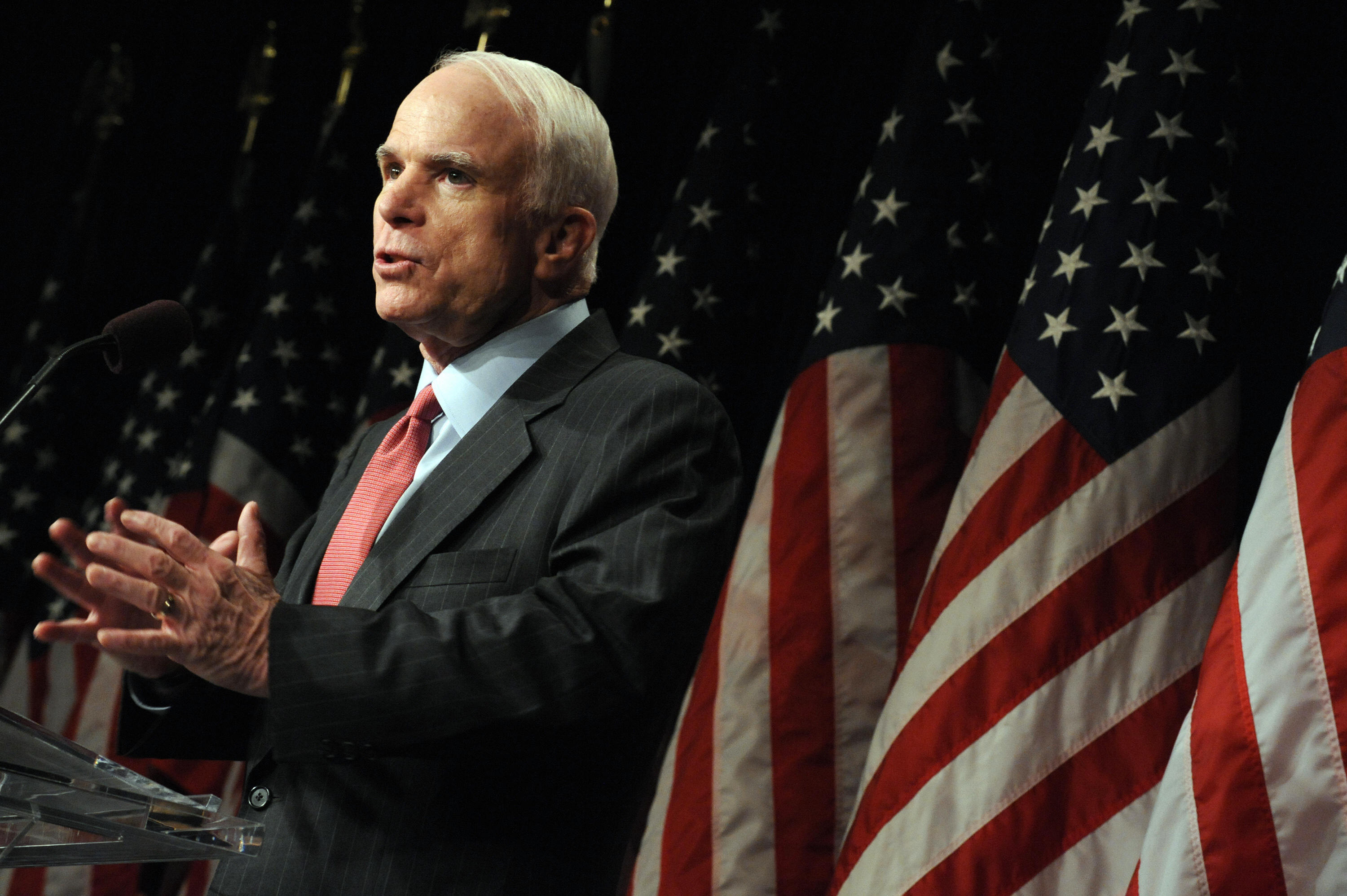 John McCain, Chairman of the US Senate’s Armed Services Committee, highlighted human rights concerns and the Egypt’s political trajectory in a Friday statement.

In the statement, McCain also  called for the “release [of] those who have been wrongfully imprisoned”.

Referring to the stiff sentencing of prominent activist Alaa Abdel Fattah alongside 24 others, McCain questioned the “deeply restrictive anti-protest law that infringes on internationally recognised rights to freedom of peaceful assembly and association… [which] call into question the direction in which Egypt is headed”.

On Monday, the Cairo Criminal Court sentenced prominent activist Alaa Abdel Fattah to five years in prison and an EGP 100,000 fine, on charges including breaking the controversial Protest Law. The 24 other defendants received sentences between three years and five years, while four were sentenced to 15 years in absentia.

The case dates back to a peaceful demonstration in front of the Shura Council, dispersed by security forces on 26 November 2011. The demonstration was against the then-draft constitution, which allowed the military trial of civilians.

Egypt has “legitimate security concerns” and maintains that there should be continued US support for its military, he continued. However, he cautioned that “there does not have to be a trade-off between democracy and security, and the need to defeat ISIL and other extremists groups in the region must not blind us to our human rights commitments”.

In December, a new drafting of the US budget was worded so that Egypt must work towards democratic transition in order to qualify for the over $1bn military support it receives annually. However, it also included a new article allowing for Secretary of State John Kerry to privately supersede the conditions on grounds of “national security”. It was a waiver absent from the previous spending bill, which to some, indicated that the US had sidelined human rights and democratic transition in favour of regional security issues.

“The only way to achieve lasting peace and security in Egypt is by creating pluralistic democratic institutions and respecting human rights. The people of Egypt have paid a heavy price in their fight for freedom and democracy, and they remain steadfast in their commitment to a better future,” McCain finished.