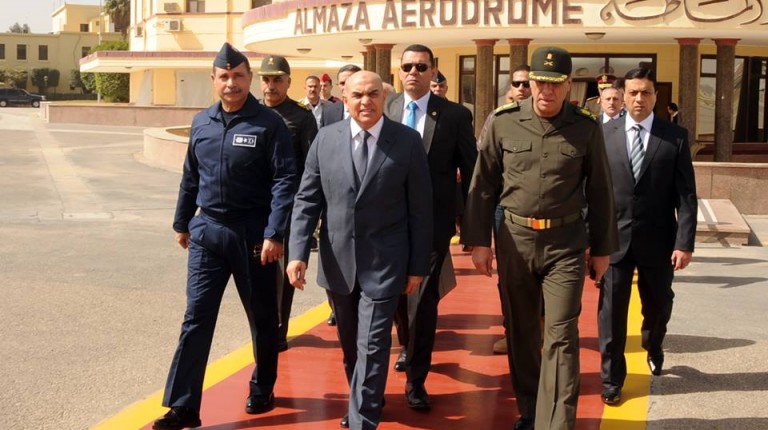 The visit aims at increasing the collaboration in the military and security fields between the two countries, the military spokesperson said in a statement Saturday.

He added that the visit comes in the light of the strategic Egyptian-Russian relations following Russian President Vladimir Putin’s recent visit to Egypt and his meeting with the Egyptian President Abdel Fattah Al-Sisi.

Further, the possibility of the delivery of Russia’s most modern fighter jet, the MIG-35, is likely to be part of the talks as, according to Russian state-owned news agency Sputnik.  MIG CEO Sergei Korotkov stated earlier this month that his company was ready to supply the aircraft to Egypt.

Hassan Nafaa, Political Science Professor at Cairo University, said: “The negotiations come in light of an Egyptian-Russian arms deal, which was a result of the Egyptian President Al-Sisi’s visit to Moscow and seeking especially for more arms and logistical help for facing terrorism.”

Al-Sisi has improved relations with Russia since rising to power after the ouster of the Muslim Brotherhood government and former president Mohamed Morsi in July 2013.

He has paid two visits to Russia, first as defence minister, and then as elected president in 2014.

In his earlier visit in February 2014 as defence minister, Al-Sisi and Putin agreed on a $3.5bn deal, through which Russia provides Egypt with MIG-29 fighter jets, Kornet anti-tank missile systems as well as MI 35 attack helicopters

As such, it is doubtful as to the deal will be implemented in its current form. However, the arms deals between Egypt and Russia along with the $5.2bn arms deal with France earlier this month, signals greater Egyptian independence from US deliveries, which have been the main source of Egyptian high-end military equipment since the Camp David Accords in 1978.

Further, Al-Sisi and Putin also discussed dropping the US dollar exchange in trade between the two countries, to counter the depreciation of the Russian Rouble due to US and EU sanctions.