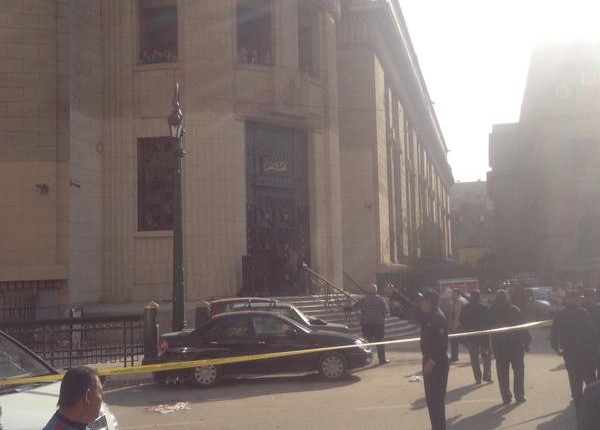 State media further reported that the bomb was placed inside a car.

The street in front of the High Court has been sealed off, and Gamal Abdel Nasser Metro station closed off following the explosion. Eyewitnesses told Daily News Egypt that three emergency service vehicles struggled through traffic on their way to the scene.