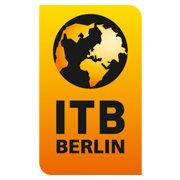 Eighty hotels and Egyptian tourism agencies will take part in ITB Berlin exhibition on Tuesday, according to Chairman of Chamber of Hotels Mohammed Ayoub.

Ayoub said the hotels’ and tourism agencies’ participation in the exhibition is very important in light of the plan for the sector’s recovery by the end of the year.

ITB Berlin is considered one of the biggest tourism events globally, in which the tourism sector is keen to participate in.

Germany is one of the main exporters of tourists to Egypt on an annual basis, as Egypt is among the top 10 countries Germany sends its tourists to.

Chairman of the Tourism Activation Authority (TAA) Samy Mahmoud announced that this year’s ITB Berlin will be a breakthrough for the sector to market in West and East Europe.

A governmental and private sector delegation, headed by Tourism Minister Hisham Zaazou, will also participate in the exhibition.

According to a statement by the Ministry of Tourism, 190 countries are taking part in the exhibition, as well as 10,000 tourism agencies. It is expected that 110,000 individuals will attend the exhibition.

The Ministry of Tourism stated that Egypt is the official partner in ITB Berlin exhibition in the cultural tourism and conference tourism sectors.

The TAA chairman said in a previous press statement that next year will witness a breakthrough in ITB Berlin Africa, which would be a great addition to the market.

Mahmoud added that choosing Egypt as a partner in cultural and conference tourism will support the tourist flow to Cairo, Sharm El-Sheikh, Aswan, Luxor, and the South Valley.

Last year, Egypt’s tourist income was $7.5bn, a growth of $1.6bn compared to the year before.

The Ministry of Tourism targets growth rates of 20% by the end of this year.