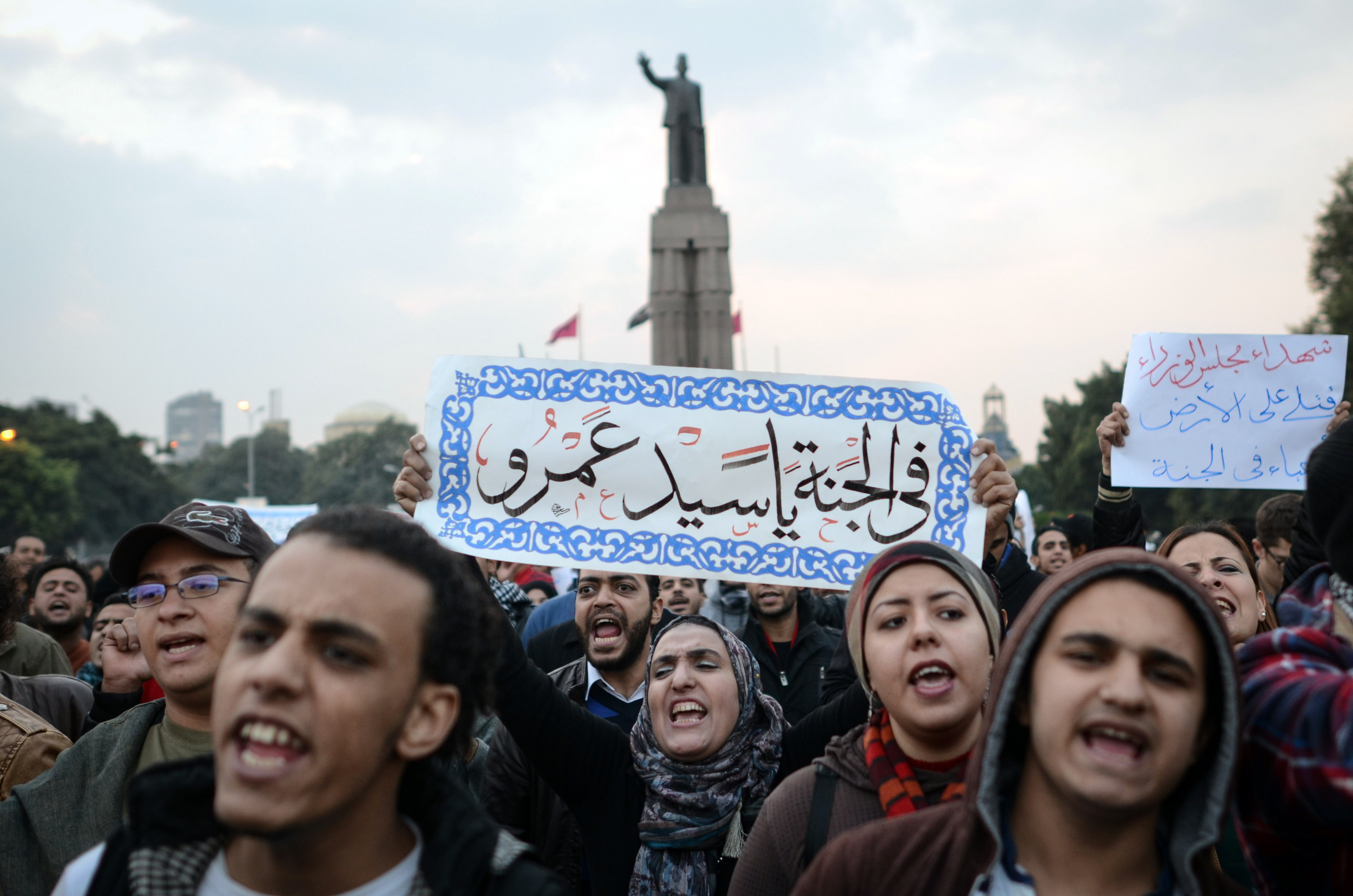 The Cairo Criminal Court will look Tuesday into the case of three defendants who potentially face a retrial in the case known as the Cabinet Clashes.

Activist Ahmed Douma was sentenced to life in prison and ordered to pay an EGP 17m fine for his part in the clashes.

Tuesday’s was the first hearing session for 16 defendants who completed the procedures for requesting a retrial. According to lawyers inside Tora Police Institute, where the court session was held, 11 defendants were arrested nearly two weeks ago. Five others presented themselves before court, as Shehata ordered their detention.

“There is a 22-year-old girl called Shaimaa Ahmed among them. She is a mother of a newborn,” rights’ and defence lawyer Mohamed Fathy told Daily News Egypt ahead of the session held at Tora Police Institute. Fathy had spoken of three defendants before the session started.

According to Fathy, defence lawyers are not authorised to make defence arguments due to an earlier decision by the Lawyers Syndicate to boycott the trial last November. The boycott came after defence lawyers withdrew from the case on claims of unacceptable treatment during the trial.

The defendants were among over 200 others involved in the case. They were sentenced in absentia to life in prison. They now face a retrial according to regular legal procedures, which entitle them to a retrial in case of sentences in absentia.

However, several lawyers attended with the defendants, excluding the prominent rights’ lawyers, such as Mokhtar Mounir and Sameh Samir, who are committed to the syndicate’s decision.

One defendant was not brought to court by the Ministry of Interior, as he is in prison. The judge ordered the person in charge from the ministry to be investigated for failing to present the defendant before court.

The defendants denied charges read inside the court, including the violation of the Protest Law, violence, assaulting security officers, attacking and setting fire to public institutions, and threatening public order, among several related charges.