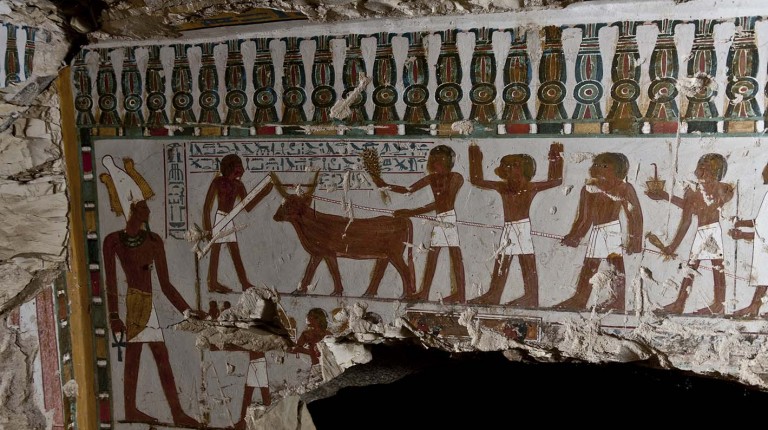 By Nayera Yasser
A new Ancient Egyptian tomb in the Qurna area in Luxor was discovered by an Egyptian team of archaeologists working with the American Research Centre in Egypt.
Minister of Antiquities Mamdouh El-Damaty announced that the tomb contains the monuments of Amenhotep and his wife, who likely belong to the 18th dynasty.
Moreover, he declared that the walls of the T-shaped tomb showcase several inscriptions. The distinctive carvings colourfully display the couple in front of a sacrifice table and during several routine rituals, such as hunting and farming.
Meanwhile, the Supreme Council for Antiquities’ General Manager, Sultan Eid, has confirmed that the tomb has previously been broken into and damaged.
The scratched texts, especially the name of the god “Amon”, suggest that it was disrupted during the religious revolution under the rule of revolutionary Pharaoh Akhenaton.