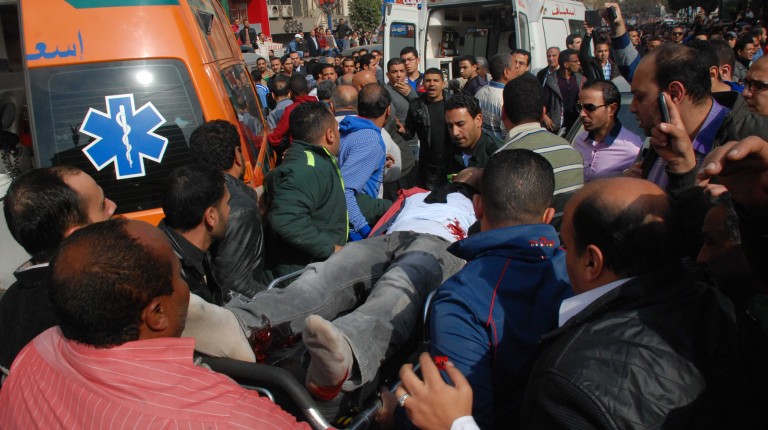 Ministry of Interior spokesperson Hany Abdel Latif said more terrorist attacks are expected after the bomb explosion outside the High Court in downtown Cairo on Monday.

He confirmed that all seven policemen injured in the High Court explosion are in stable condition, and two civilians were discharged from hospital after examinations. In a phone call to a private TV channel, Abdel Latif said the ministry’s Information Systems Department is searching security footage for further clues on the explosion, caused by a bomb placed under a car.

He also confirmed that security forces are operating to capture terrorist organisations. The capture of terrorist cells specialised in making bombs and planting them on Egypt’s streets, especially in Alexandria, will be announced shortly, he said.

However, Health Ministry spokesperson Hossam Abdel Ghaffar told state-run news agency MENA that two civilians were killed in the explosion. The two victims killed in the incident have been identified as 22-year-old Mohammed Adel  and 24-year-old Ahmed Saeed Fawzy, with 11 others injured.

Explosions in Egypt have become frequent after the militant insurgency in Sinai that followed the ouster of Muslim Brotherhood government in July 2013. The recent bomb in Downtown Cairo is also not the first to have occurred in the area.

Earlier in February, a bomb went off in Qasr Al-Nil Street causing no injuries. In January, another bomb went off targeting the Cairo Security Directorate, and resulted in four deaths and injuring almost 76 persons.

Also, other explosions took place on Monday in Cairo. In a deserted space near Maadi’s fire station, an improvised explosive device went off, causing no injuries.

Another explosive device went off in front of a police station in Al-Nozha causing no injuries. Security forces managed to prevent an explosion on the 26 July Axis, according to the Interior Ministry spokesman.