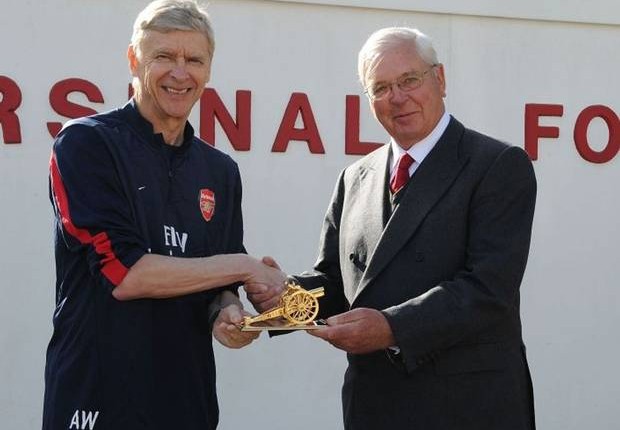 The profits of English football club Arsenal are hard to believe. This was reported in the club`s financial report during the past six months, on 30 November, which was recently published. It showed the high revenue for football at £148.5m, while the club’s cash reserves jumped by £18.2m to be at £138.8m.

The club’s total 2014 profits amounted to £11.1m ($17.16m) before taxes, despite the club’s recorded spending on contracts which exceeded £90m. The London-based club spent huge amounts of money on contracts with some players in the past 12 months. These deals included a deal with international Chilean attacker Alexis Sánchez from Barcelona for €42.5m, international English footballer Daniel Welbeck from Manchester United for €20m, and Calum Chambers from Southampton for €20m.

It is well known that Arsenal is able to gain profits, although it is unable to win titles, although it did achieve an advanced rank in the Premier League, guaranteeing qualification for European competitions. The profits achieved by Arsenal at the end of 2013, before taxes, were £6.7m ($10.72m), £36.6m less than 2012.

Arsenal investments in its players is considered the major means by which the club achieves profits, keeping it from falling into debts, unlike many other English League clubs. For example, the profits Arsenal gained when French player Thierry Henry left Arsenal for Barcelona were unexpected. The deal then was $32m.

It is noteworthy that the UEFA Financial Fair Play Regulations (FFP), in the EU, for football were applied since 2011 till the beginning of 2014 season. The aim of these regulations is that clubs’ spending should reach an economic break-even point, this is, the point where profits and losses are equal. In other words, clubs’ spending should not only exceed their income from sports (transitions prices, broadcasting and tickets prices, advertising and commercial sales).

These regulations have been in force since 2012 and, as a result, the clubs were not allowed to be in debt in favour of other clubs. The reality partially took place until 2011, when UEFA began to check and monitor the clubs’ financial matters and their annual reports, in a way that losses can be counted in each and every season.

This could negatively affect many European clubs having great purchasing power, like Manchester City and Chelsea, among others. These clubs invested a lot of money for years and, according to the UEFA FFP temporary application, the clubs’ losses for the fiscal year 2014/2015 should be equal to zero. Otherwise, the clubs will face punishments.

The available and alternative choice for these clubs is seeking youth teams, full of talents. To set an example, Barcelona has a strong group. Lately, Manchester City supported this group and brought ex-members from Barcelona management, to create a strong and special group that avoids the threat of limiting the club’s purchasing power, according to the European law. Arsenal does the same in a different way, it always tend to choose young-aged youth, but full of talent, with the help of specialist Arsène Wenger.