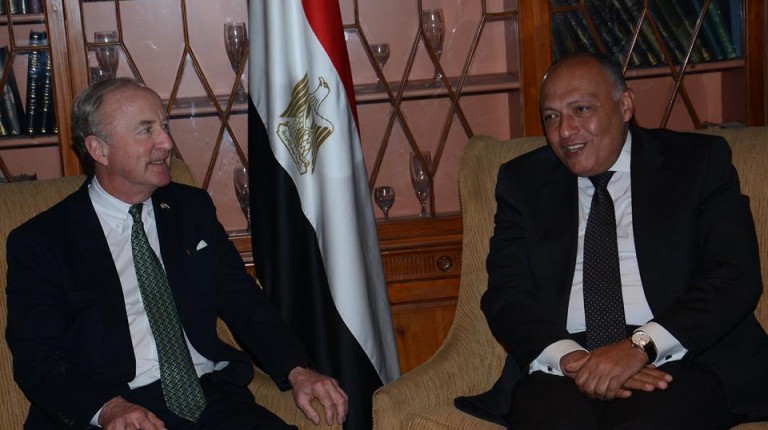 According to a Foreign Ministry press release, Shoukry briefed the delegation on social, political, and economic developments in Egypt. The parties reaffirmed the necessity of the bilateral relationship to advance mutual interests.

The Ministry of Defence reported that talks focussed on joint military cooperation between the “friendly” Egypt and US, namely efforts to fight against terrorism and security in the Middle East. The delegation also “stressed their keenness…to support Egypt in its war against terror”. No comment from the Presidency was issued at the time of print.

Granger is seen as a supporter of strong ties with Egypt, and has called on the Obama administration to release weapons systems. These include F-16 fighter jets that were due to be delivered to the Egyptian government, but have been suspended since 2013.

In a letter to President Barack Obama in February, Granger noted that Al-Sisi retaliated against “Islamic State” with F-16 strikes after the militants beheaded 20 Coptic Christians in neighbouring Libya.

“However, it is more of the same F-16s that your administration continues to prevent from being delivered to Egypt,” Granger criticised. “We have partners willing and eager to fight with us, to be the ‘pointy end of the spear’.”

In December, a new drafting of the US budget was worded so that Egypt must work towards democratic transition in order to qualify for the over $1bn military support it receives annually. However, it also included a new article allowing for Secretary of State John Kerry to privately supersede the conditions on grounds of “national security”. It was a waiver absent from the previous spending bill, which to some indicated that the US had sidelined human rights and democratic transition in favour of regional security issues.