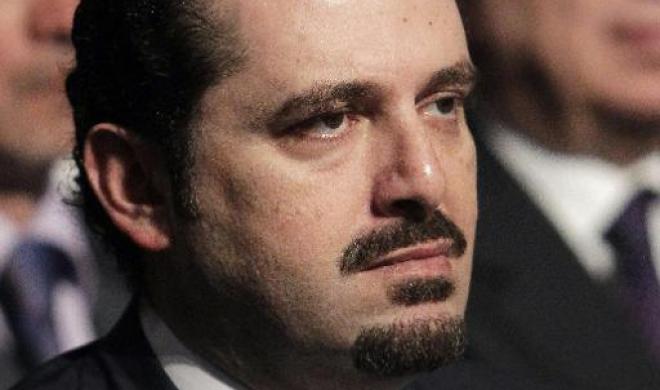 According to Lebanese press, the meeting on Sunday tackled bilateral relations between both countries and a review of the current political status of different countries in the Arab World.

“We are both facing the same enemy that threatens our religion, culture and Arab civilization,” Al-Hariri said during the meeting. He added: ”We have no choice but moderation, and staying impartial and in solidarity with all the moderate Arab countries as well, chiefly including Egypt.”

He also expressed his deep condolences for the Egyptian “martyrs” killed in the latest attack in Libya, and stressed his support for Egypt in countering extremism.

In February 2014, Al-Hariri came to Egypt and met with then-defence minister Al-Sisi. It was his first visit to Egypt since the 25 January Revolution in 2011. He also met a group of other ministers and officials from the former interim government during the first visit.

The Future (Al-Mustaqbal) Party was founded by Al-Hariri’s father Rafik Al-Hariri, who was assassinated in 2005. After his death, Saad Al-Hariri took over leadership of the party, aiming to promote moderation in Lebanon.

Lebanon has long been known for its diverse religious and ethnic community, and a history of sectarian violence that dates backs to the civil war that ended during the 1990s.

Sharing borders with the restive Syria, Lebanon now has the largest share of Syrian refugees, reportedly up to 1.5 million. In 2013, thousands of Lebanese fighters were recruited in anti-Bashar Al-Assad brigades across different cities in Syria, with the help of Shi’a rebel group Hezbollah.