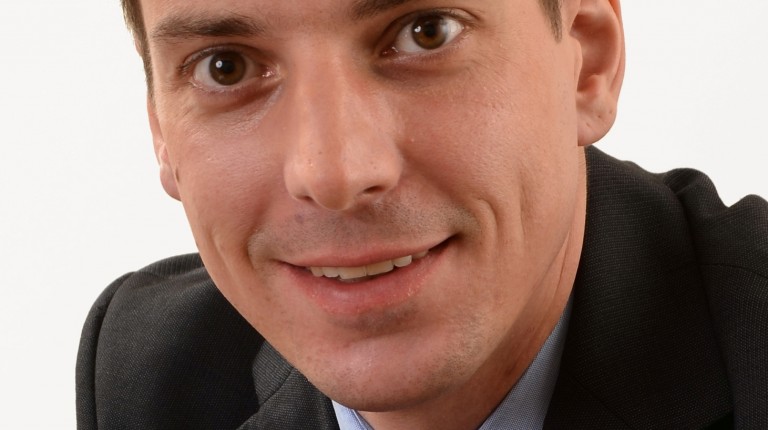 In its final report on Egypt, issued on 20 October, Moody’s Investors Service said key drivers behind the country’s outlook being upgraded from negative to stable were: the stabilised political and security situation; the government’s initiatives towards fiscal consolidation; signs of growth recovery; an improvement in macroeconomic stability; and strong support from external donors.

Since then, there have been other positive indicators, Moody’s Vice-President and senior analyst Steffen Dyck told Daily News Egypt. GDP growth, a reduction in state expenses and a drop in global oil prices are some of these credit-positive developments. However, Dyck also noted that challenges still remain before the country’s reeling economy.

Egypt hopes to draw in billions of dollars in investments during the Economic Summit. Do you think its investment goals will be met amid the recent surge in violence?

In general it seems that the perception of Egypt by investors has improved over the last 12 months, which is reflected in increasing capital inflows – albeit from low levels – and an increase in events promoting investment opportunities in the country. Nevertheless, security concerns remain and any marked deterioration in the security situation would potentially be negative for investor sentiment.

Since Moody’s latest review in October, how do you see Egypt’s progress in terms of what is required to gain another upgrade in the upcoming review?

There have been a number of credit-positive developments since October, including the pick-up in GDP growth, and further lowering in government finance costs following the CBE’s interest rate cut. The lower global oil prices environment will also be supportive for ongoing fiscal reforms, to which the government seems committed. Having said that, significant challenges remain, including very weak government finances characterised by large deficits, high debt levels, and short maturities; low levels of foreign exchange reserves and continued pressure on these; and high unemployment, to name a few.

When is the next review?

Moody’s does not follow a strict review cycle. We would convene a rating committee if and when we think there are developments that could have a credit impact.

With oil prices expected to remain significantly low throughout 2015, how likely do you think that GCC aid will be affected? In the case of a reduction or slowing down of aid, how would this affect Egypt’s fiscal situation?

We think there is a strong commitment from Kuwait, Saudi Arabia, and the UAE to support Egypt. However, the Egyptian government has stated that it does not want to rely on grants, and therefore we think that financial flows from the GCC will increasingly take the form of direct investment by private and state-owned companies. But we also think that the three GCC countries would eventually step in again in times of stress.

How do you see Egypt’s chances in securing the IMF’s programme? How much would that change Moody’s reading of Egypt’s fiscal situation?

To our knowledge, the Egyptian authorities have not asked for a programme, but the very recent publication of the IMF Article IV report suggests that the authorities have a strong interest in good relations with the Fund. The impact of a hypothetical IMF programme on our credit assessment would very much depend on the details of such a programme, and the circumstances under which it was to be agreed upon.

Moody’s report has hailed measures taken by the government towards budget consolidation, such as cutting fuel subsidies and introducing new taxes such as VAT. How can the government work on fixing fiscal imbalances without adding excessive financial burdens on citizens?

In our view, the government’s approach to gradual fiscal consolidation is credible. It seems to us that the current government enjoys strong popular support and has communicated the fiscal reform efforts.

What other measures does the government need to do to ensure the “return of foreign direct investment closer to pre-revolution levels, as well as a pick-up in growth and lower inflation rates” and well as achieve the “implementation of further measures to lower fiscal deficit and stabilise government debt”?

We do not provide advice on what the government should do. It seems that one important factor is to restore investor confidence and improving the business climate.

– 28 January 2011: Fitch ratings revised its outlook for Egypt to negative.

– 31 January 2011: Moody’s downgraded Egypt’s government bond ratings to BA2 from BA1, and changed the outlook from stable to negative.

– 1 February 2011: Standard & Poor’s cut Egypt’s long-term foreign and local currency ratings by one notch to BB and BB+ respectively, both with a negative outlook.

– 16 March 2011: Moody’s downgraded Egypt’s foreign and local currency government bond ratings by one notch to BA3 from BA2. The outlook on these ratings remains negative.

– 18 October 2011: S&P Ratings cut Egypt’s long-term foreign currency sovereign credit rating to BB- from BB, and its long-term local currency rating was cut to BB- from BB+. It maintained a negative outlook on the rating.

– 27 October 2011: Moody’s downgraded Egypt’s government bond ratings by one notch to B1 from Ba3. The outlook remains negative.

– 24 November 2011: S&P said it cut Egypt’s long-term foreign and local currency sovereign ratings to B+ from BB-, with a negative outlook.

– 10 February, 2012: S&P downgraded Egypt’s long-term rating from B+ to B. It affirmed the negative outlook.

– 15 June, 2012: Fitch downgraded Egypt’s long-term foreign currency rating to B+ from BB-, with a negative outlook.

– 12 February, 2013: Moody’s Investors Service downgraded Egypt’s government bond ratings to B3 from B2, and maintained the negative outlook.

– 15 November, 2013: S&P raised its long-term foreign currency sovereign credit rating for Egypt to B-/B from CCC+/C, with a ‘stable’ outlook.

– 3 January, 2014: Fitch raises Egypt’s economic outlook from ‘negative’ to ‘stable’. The rating firm, however, maintained its rating for the long-term foreign sovereign credit ratings at B-.