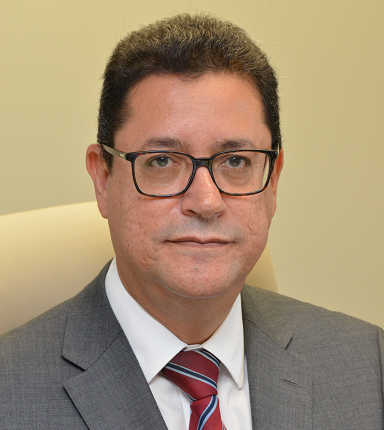 The African Development Bank (AfDB) has said it is important to support the Economic Summit this month, to help the Egyptian government present a robust and coherent economic vision. This will also help position Egypt as an attractive destination on the global investment map, says Sector Operations Vice President Aly Abou-Sabaa.

Abou-Sabaa spoke to Daily News Egypt on the bank’s participation in the Economic Summit.

What is AfDB’s motivation in supporting the Economic Summit?

As you know, Egypt is an important partner to the African Development Bank. It is the second largest regional shareholder (after Nigeria), and it is one of its most important clients. Egypt’s economy is gradually recovering, which can have an important knock-on effect on a more robust growth in the region. All official figures clearly show that Egypt’s economy is gradually recovering. Economic growth is forecast at around 3% for 2015, projected to reach 6% by 2018 as local and foreign direct investments and tourism activities recover. Within this context, the Economic Summit is a significant milestone for Egypt’s transition period, as it will enable the government to present its vision for a prosperous Egypt.

A five-year economic programme is scheduled to be released at the Economic Summit, which will firm up the overall political vision. It will focus on key structural reforms for macroeconomic stabilisation and resumption of growth. Given all these reasons, it is extremely important for us to support the Economic Summit, to help the Egyptian government present a robust and coherent economic vision, position Egypt as an attractive destination on the global investment map, which will open the door for various investment opportunities from private sector investors. The signal from the AfDB as one of the important IFIs operating in Egypt will give a more positive outlook for private sector investments.

Furthermore, the Economic Summit will help achieve the government’s ambition to enhance South-South cooperation and foster trade and investment between Egypt and Africa. This is of crucial importance to the African Development Bank, as our Ten Year Strategy for 2013-2022 considers regional integration as one of its core operational priorities. You know, given the many small African economies, regional integration is essential for the continent to realise its potential for sustainable and inclusive growth, to participate in the global economy, and to share the benefits of an increasingly connected global marketplace. All Egypt’s development partners recognise that this event will be one of the most significant economic events in Egypt’s recent history, and they are therefore providing various levels of support to the conference. Heads of the major international financial and development institutions will be represented at the highest level. With regards to the African Development Bank, our support the Economic Summit will be manifold, apart from being represented at the highest level.

The African Development Bank is supporting the government in the organisation of the Summit through the sharing of lessons learnt from other African countries. We plan to share this through possible participation in high level panels. Finally, the African Development Bank will also align its support to Egypt in line with the government’s priorities set out in its medium-term economic development plan, to be unveiled during the Economic Summit.

What kind of support have you provided to Egypt?

Egypt, as I told you earlier, is one of our most important historic clients. The AfDB has a long active record of engagement with Egypt. In addition to being one of its founding members in 1964, Egypt remains its second largest regional shareholder. Since 1974, the AfDB Group had financed some 100 operations valued at approximately $ 5.7bn. Our projects have been primarily in the areas of infrastructure/energy and the social sector (mainly loans to small and medium-sized enterprises [SMEs]).

Allow me to shed more light on some aspects of our support to Egypt so far. Some of the key achievements from our interventions in the past recent years include for example adding 750MW of generation capacity under the El-Kureimat power plan. In the financial sector, key outcomes achieved under our $500m budget support loan included, enhancement of innovation in the banking sector as well as cutting non-performing loans as a percentage of total loans by 50%. In the social sector, key achievements included increasing the number of financial intermediaries providing finance to micro, small and medium enterprises and deepening access to health facilities from 50% to 100% under the Health Sector Reform Programme. As you can see, our support to Egypt has been manifold and pivotal.

How much money was allocated for the support?

As I told you, we have invested in Egypt close to $6bn in the past. What truly matters now is how we are going to shape our support to Egypt in the light of the rapid stabilisation of the country. The AfDB is ready to dedicate to Egypt a lending programme in the range of $300m-$450m in 2015. We are therefore actively working with the government to maintain and develop a credible pipeline of projects in renewable energy, transport, wastewater management and sanitation, agriculture/irrigation, regional integration (on-going feasibility study on the navigational line between Lake Victoria and the Mediterranean Sea) and private sector lending. We are also working towards increasing that allocation for 2016-2018, backed by improved political and economic conditions in Egypt.

In addition, we are also planning to provide new grants to the tune of $16m in 2015 including support for the Economic Summit. It is an unprecedented level of grant-based funding. These grants will finance, for instance, capacity building of the Institute of National Planning, a capacity building programme for the Egyptian Agency of Partnership for Development in order to bolster trade between Egypt and Africa, a study on the use of renewable energy in irrigation, the development of a master plan for the Golden Triangle area, a technical assistance for the MENA Concentrated Solar Power programme and other grants in the area of transport.

What is your vision for the summit? Will it succeed in achieving its objectives or not?

Well, I think the Egyptian government has taken the preparation of the summit very seriously. The Head of State has indicated that he will be attending the conference for the entire duration, which clearly shows the commitment of Egyptian authorities to the success of the event. In fact, a pipeline of transformational projects has been prepared in that regard. Billions of dollars for development projects are expected to be raised by the Egyptian government. My recent visit to Egypt, at the beginning of February, helped me assess how seriously the conference is being prepared, how the government is making the case for these flagship projects. I am therefore confident Egypt will fully attain its objectives for the conference.

Thus far, all major international finance institutions and Egypt’s development partners have confirmed their participation at the highest level. The African Development Bank for instance will be represented by its president, as well as two vice presidents and various directors. On the private sector side, to-date as we are speaking, at least 32 key speakers have been confirmed from the CEOs of the world’s leading companies. This high level of participation clearly reflects the trust and re-engagement of the international community with Egypt, and would help towards restoring confidence in the Egyptian economy.

In your opinion, what are the challenges that face Egyptian investments?

The challenges are well known, and I think the government is clearly addressing them. First, the government is undertaking efforts to restore macroeconomic stability and improve the business and investment climate. This is really key in attracting private sector investment, boosting growth and prosperity as well as reducing poverty. This will help address the daunting issue of unemployment, which remains high at more than 13%. I am pleased to note that the government has already implemented reforms in that regard and that it is committed to continue implementing such reforms.

Now, as most of African countries, I think there is also a need to look closely at the productivity of investments. Generally speaking, investment in Africa yields less than half the return measured in growth terms than in other developing regions. This situation clearly calls for looking beyond creating conditions for attracting new investors to more explicitly pursuing measures that help to raise productivity of existing and new investment. These include reducing transactions costs for private enterprise, particularly indirect costs; supporting innovation to take advantage of new technological opportunities; and improving skills and institutional capacity to support productivity growth and competitiveness. Productivity still lags far behind the phenomenal progress made in Asia and Latin America, and should be a key target for raising overall productivity of the Egyptian economy.

During my last visit to Egypt, I reiterated to Egyptian officials the AfDB’s readiness to help the government in all these areas. For instance, our recent Human Capital Strategy paves the way for increased AfDB investments in areas such as education, skills development, health, science, technology, innovation, social protection, safety nets and youth employment, all of them of crucial importance to Egypt in attracting foreign investment. I think we should also pay more attention to how host countries could derive maximum benefit from these investments.

In other words, the main challenge today is how to make sure that investments and growth lead to structural changes and the economic transformation of the country. As I mentioned earlier, I saw great awareness of all these challenges in my discussions with Egyptian officials a couple of weeks ago.