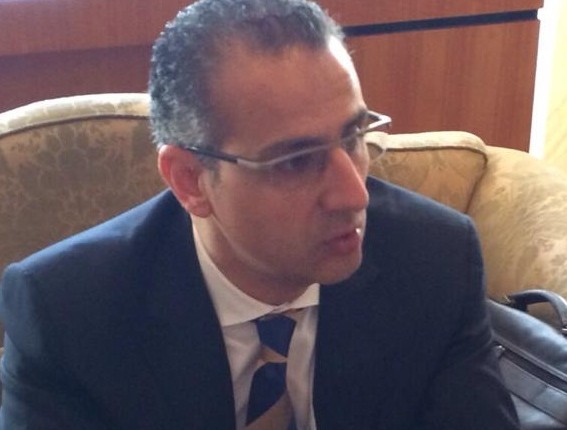 The revelations were made on the sidelines of Egypt’s Economic Summit in Sharm El-Sheikh.

“This conference has touched the minds and pockets of investors and hopefully it will be a successful one,” said El-Shaikh, expressing his thoughts on the summit.

The investments will be injected for expanding the company’s portfolio and in the company’s total supply chain network as well as infrastructure and capacity; El-Shaikh highlighted.

“Egypt’s population is the biggest in the Middle East where 50% of the population are under 40 years old, so it’s young, big and growing and the economy is also growing, meaning that the consumption will keep increasing so we need to keep on expanding the current infrastructure and capacity,” El Shaikh elaborated.

“We keep transforming our product range as we go and we have new plans to introduce a new innovation next year,” El-Shaikh further noted.

Commenting on his view of the economic conditions in Egypt, El-Shaikh indicated that there are two key economical indicators setting the scene; the GDP growth and inflation. “One year ago, the growth per quarter was 2%. Last quarter it reached 4%, so going up from 2% to 4% is a great achievement. The government is targeting 7% growth over a two year period and this is one of the hugest in the world,” El-Shaikh further noted.

He then highlighted another important indicator and that is inflation. “It reached up to 14% then went down to 12% and the government is now working on taking it to a single digit. So, by working on taking the inflation down and the GDP growth up, I think the Egyptian economy is going to move not in the right direction but into the perfect direction,” El-Shaikh said.

When asked about the New Investment Law and the company’s evaluation of the incentives offered by the government El-Shaikh emphasised that PepsiCo has been operating in Egypt for more than 60 years while being committed to investing in the country throughout the years.

He then reflected that the biggest challenge in Egypt is bureaucracy, which is what the government is trying to eliminate through the implementation of the one-stop-shop concept. El-Shaikh described it as a perfect idea but “the devil is in the details, the implementation and the execution of it. The law is there, which is great, but what we need from the government is to make it happen,” he noted.

Another piece of great news announced by the government is the decrease of income tax from 25% to 22.5%, El-Shaikh said, describing this as a very good incentive to everyone to come and invest in Egypt.

When asked about obstacles they expect to face in the coming period, El-Shaikh emphasised that if the government actually delivers on its promises to investors, it is going to be more than enough. The number one thing is to “make it happen”, referring to the one-stop-shop concept.

El-Shaikh pointed out that the government is involving different investors in a dialogue concerning the New Investment Law.

The Minister of Finance, Hany Kadry Dimian, has sent PepsicCo an invitation to discuss the best way for implementing the value added tax (VAT), El-Shaikh said, adding that “this is a new approach adopted by the government and that’s great, we are happy to hear this from them”.

Paying back to the society is also another target of PepsiCo in 2015, where the company is planning to spend millions, tackling three pillars – “talent, human and environment”.

The company is holding talks with the minister of education for a new project which involves building a certain number of schools across the next three years in remote areas in Upper Egypt. The costs of building and a portion of the running costs will be covered by PepsiCo, while the source of the rest of the costs however has not been identified yet, and the company is still discussing it with the government.

Investments will be injected on the “litre of light project” which was initiated by PepsiCo to provide electrical supply through solar energy, where it is looking at implementing it in three villages in Egypt.

The company further wants to expand the horizon of the litre of light initiative by introducing it in other villages in the country and communicating the initiative with the private sector, El-Shaikh noted.

Millions of investments are expected to be injected for supporting the company’s community projects but the budgets for those are separate from the $500m mentioned before.

PepsiCo is one of the world’s leading food and beverage companies that provide a diversified product range, such as Pepsi, Quaker and Tropicana.

PepsiCo has 11 factories in various areas across Egypt and 47 distribution centres.