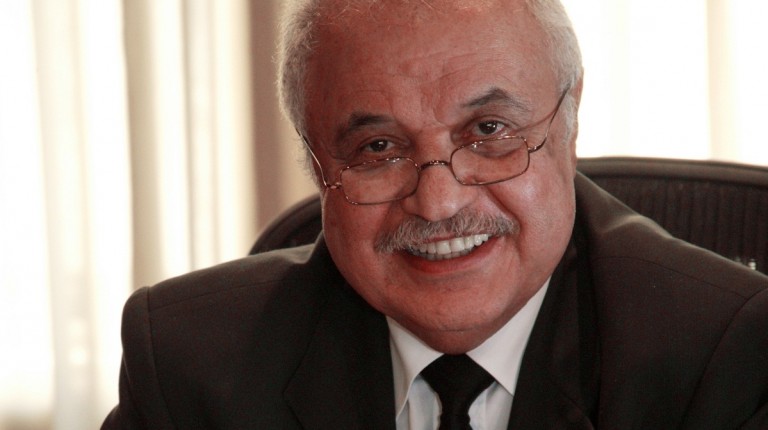 Daily News Egypt interviewed Talal Abu-Ghazaleh, Founder and Chairman of the Talal Abu-Ghazaleh Organization (TAG-Org). During the interview, he elaborated on his outlook on Egypt’s Economic Summit by specifying what it is that the government should further consider in its approach for development, other than attracting investments for the country’s mega projects.

TAG-Org has an a network of 82 offices around the world, and operates an array of professional services on an international scale, such as Intellectual property rights, TAG-Legal, TAG-Training, TAG-Consult, Audit, high education, and many more.

What is your outlook on Egypt’s Economic Summit?

I think it’s an initiative that comes in time because under the new leadership of Egypt by President Abdel Fattah Al-Sisi, as well as the new government, it’s very productive and constructive to listen to various perspectives of the Egyptian, Arab as well as international partners.

What is your message to the Summit?

Well I hope I’m wrong, but I noticed that the main focus of this conference is on how to bring investors to Egypt, so it’s only an inward focus. I don’t believe that this should be the country’s only concern, because there are two sides to the economic formula; you import and you export, thus you add to the GDP when you do both. So similarly, equal attention should be given to how to export from Egypt and develop international markets for the country. As a matter of fact, I don’t think that Egypt has any shortage of investments, the Egyptian investor himself can provide the needed market. I say this with confidence because we know that there are lots of Egyptian private investments all over the world. If these investors were mobilised and were convinced that the country has the right investment environment, Egypt won’t need foreign investments.

Another thing that concerns me is the fact that I’ve only been hearing about major projects being presented at the Summit. I don’t think this is the way to build an economy; 80% of the labour force of any country are employed by small and medium businesses. The feeling that huge projects bring employment opportunities and bring revenues is not correct; this impression is there because huge and multinational companies have the media machinery and the impact to convince people that they generate economic development in countries. Adding small businesses together contributes more to the GDP of the country than any major project. Because of that I would like this conference to emphasise the role of the private and the small investor. I know that the invitees are mainly the major multinational companies, but when a small investor reads in the press that all the government is interested in are the mega projects, he feels that there is no place for his entrepreneurship, for his initiatives, and this is disastrous. I think that the focus should again be equally on the small investors; firstly because they are the employment generators, secondly those small companies are the future major companies, so we don’t just want the big to come and show their muscles, we want to encourage the small companies that will become the future, global businesses.

My third view, is that I haven’t seen enough attention to what I consider the future of world creation and those are the projects based on knowledge, and when I say knowledge I mean information and communications technology (ICT). I’m talking about focusing on knowledge creation as a means to wealth creation, and to develop this thought a little bit further I would like to see focus in the conference on digital trade. I’m not talking about e-commerce; the largest trader in the world today is Google, and what does Google sell? Knowledge products. Therefore if you look today at the most important brand names, you will find TAG-Org is globally number one in intellectual property protection. Also we will see that the top 10 brand names are in the knowledge world.

Google, the brand name itself is worth about $140bn and I’m not talking about the company as the company is worth trillions, it’s not anymore Mercedes, coca cola and Pepsi, now it’s Google, Apple, Microsoft, etc. So I would like to see a focus in this conference on the future avenues for economic development, growth and wealth creation, and this is through knowledge creation. It should be major pillar of this conference. Just to give an example, Finland has a population of seven million people, with a GDP worth $170bn, and that’s because they concentrated on knowledge creation. They don’t produce practically anything except knowledge products, and that is what is now important.

Since many digital inventions that are worth billions, such as Yahoo and WhatsApp, were created by the younger generation, then it should be the main focus, rather than huge industries that are based on ancient technologies. I’m not saying I’m against industry, but all industry should be ICT-based in order to be able to compete in a global market. My fourth track is that I believe that Egypt does not need help, and we shouldn’t be thinking how Arab countries can support the country, as Egypt should lead them. The Egyptian economy should be the driving force in the development of the region. Egypt should think of itself as the engine of growth in the region, and in order to be that, it should be integrated in the region.

What else would you hope to see from the Egyptian government?

I think one important aspect that should be taken into consideration is how Egypt can help Arab countries and provide its expertise to others. So I think that in another conference, Egypt should address how it can help the Arab world, show what is there in Egypt that they could benefit from. I’m sure that can be an interesting approach for a major country towards its neighbours. I would also like to add that using all my possible sense of judgement, I predict that under the leadership of Al-Sisi and with the approach the country is currently following, Egypt in 10 years should become one of the 10 major economic powers of the world.

How do you view the new investment law that was recently passed?

TAG-Org provides a number of advisory services that cover different angles and sectors. How will it be supporting the Egyptian government?

We serve through our fields of expertise, which are in many respects the cutting edge of the world by international standards, and that’s why we have become world leaders in many fields. Due to our international presence and the fact that we have been able to be accepted in different countries of the world, we could help in spreading the message of Egypt throughout the world.

Moreover, with our expertise we can provide our help in information technology (IT), particularly in education, and this is what we’re focusing on in Egypt through our agreement with the Armed Forces Information Systems Institute (AFISI). We have been developing very ambitious plans for education. We’re also talking to the Ministry of Education to provide IT literacy as a requirement in the elementary years, as it is not acceptable anymore to say that every university graduate should be IT skilled. This is shameful, every kid who goes to school should be IT skilled, and therefore we have developed a basic IT skills award for school students who should become literate so that the study process should be based on IT, and we’re working with many organisations like the UNESCO, where we have a partnership with them on assessing the use of IT skills in schools. Further, I will be talking to the various government agencies on how we can improve the use of IT skills in schools where we have programmes for both the teacher and the student. Last but not least, we are one of the largest consulting firms in the world. We’re involved in strategic, feasibility, management, economic studies, and we would always be available to serve whenever we are called upon. We are actually doing a lot of work for various Egyptian agencies, but we hope to emphasise that service, and I’m giving priority to Egypt at this stage because I believe in the future potential of this country.

In 2013 TAG-Org constructed its first privately-owned computer cloud, and you declared your willingness to host it in Cairo. Is that still the plan?

We are currently talking to the Ministry of ICT about how we can make this cloud available for hosting in Egypt. We have not offered it for hosting to anybody yet, and we will be starting with Egypt. I’d also like to clarify something; when we say we have the first private computer cloud, it doesn’t mean that we’re the only company on the cloud, because there are few major companies from the Arab world who moved their services to a Yahoo or Google cloud and they host a space on the cloud. We didn’t do that, as we invented our own cloud with the help of our TAG IT team, as one of our companies is dedicated to programming and software solutions. Moreover, we have our own exclusive Internet Service Provider (ISP), which gave us the advantage of having our own internet dedicated line, with very high speed and quality. We don’t pay to use the internet as we have our own line that is available for all our services, and for the use of our clients. As a result, we’re making it available only to universities and their students for their research; they will have access to digital books that are available in libraries of the world.

What are the areas that the “Literacy Decade in the Arab World” programme tackles?

The programme will be focusing on three main tracks, and those are how to learn the Arabic language, IT literacy, and culture. Culture is a very important aspect, because it is not enough to be able to read and write, if you read the wrong thing it is as counterproductive as not being able to be literate. What people need to know is what they should read, what our culture is, what are our ideals and beliefs, what our history is, and what should be our future, so the cultural aspect of the literacy programme is very important. President Al-Sisi in the Arab Summit called for a knowledge decade. He wanted the years 2015-2024 to be the years of the elimination of illiteracy [through a 10-year project on Literacy Decade in the Arab World that is being held at the Arab League ‘s headquarters in Cairo, that TAG-Org will be developing future plans for ]. After implementing this project as a model in Egypt, he called on the people of the Arab world to implement this initiative in every country, because Egypt is a major power in the Arab world, and because the Arab world is a great influencer on Egypt. We are very proud as TAG-Org is part of the coordination committee responsible for overseeing the development and implementation of the Literacy Decade of the Arab World programme.