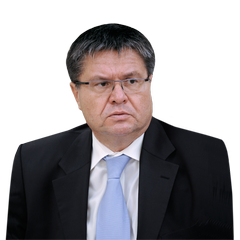 Two Russian delegations have visited the site of a nuclear power plant to be established in Dabaa in the past few days, according to Russian Economy Minister Alexei Ulyukayev.

Ulyukayev asserted that Russia will cooperate with Egypt in the establishment of the plant.

On the sidelines of the Economic Summit in Sharm El-Sheikh, Ulyukayev said cooperation with Egypt will not be limited to the power plant, but also in delivering technology and staff training.

He revealed that he met with Prime Minister Ibrahim Mehleb on the first day of the summit, where Mehleb reiterated that Egypt welcomes all forms of cooperation with Russia.

Mehleb added that the summit will confirm that Egypt is on the right path, and that all its efforts must be supported.

Ulyukayev said Egypt is the centre of the universe, and expressed his admiration for the major summit. He said there are many areas of Egyptian-Russian cooperation, adding that he is looking forward to increasing Russian investments in Egypt and diversifying economy structures during the coming period.

He stated that Russian tourists represent the largest number of arrivals in Egypt, adding that the coming period will witness another increase in the number of tourists.