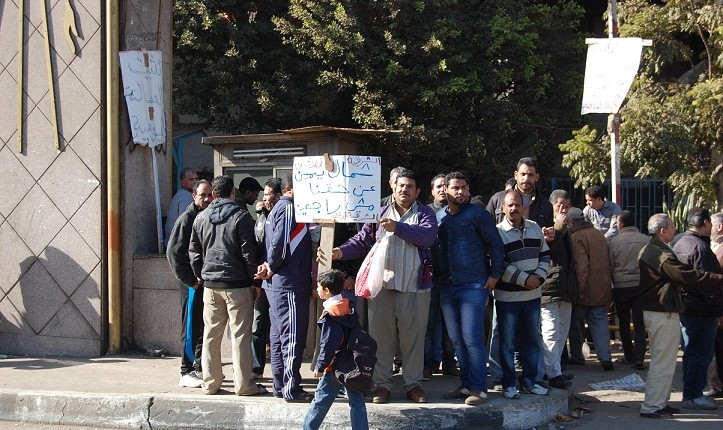 A campaign entitled “Towards a Fair Labour Law” presented last week a draft of the Labour Law to the Ministry of Manpower citing “unfair” articles in the current law.

The group added that the government plans to issue a new Labour Law, which will present workers as an easy “bite” for investors. This is in line with the recent Economic Summit, which was used to promote investments in Egypt, attract foreign business, and cooperation from multinational companies and investment banks.

The campaign, however, presented a suggested draft to the anticipated law, which will substitute the 12/2003 Labour Law.

The campaign, which includes labour activists, rights lawyers, politicians, and syndicate representatives, argued that the government-lead Labour Law does not meet workers’ aspirations.

“The current law aims to exploit the workers, waste their rights, and only target the interests of businessmen, company administrations,” the campaign said.

The draft demands the creation of new entities to end the Ministry of Manpower and Immigration’s role, which the campaign argued is responsible for issuing the law and implementing it.

Members of the new entity are to include syndicate representatives, to allow workers inside and outside Egypt to have a voice in suggested projects. It will also act as a defence unit which workers can submit complaints to.

The campaign called on the ministry to impose penalties on employers who fire workers without consulting the labour court.

It added that the ministry should prohibit arbitrary dismissals, whilst proposing guarantees for workers without prejudicing the rights of business owners.

The draft also includes registering all workers inside and outside Egypt, and demands the availability of a unified contract on which all deals between workers and employers should be based.

Egyptian workers have for long demand inclusion in the minimum income system, which the government adopted in September 2014. Currently, it is only applied to employees who work in the collections units of the ministries, government localities and service authorities.

Another demand was to equate between workers in the private sector and the public sector, as well as banning the suspension of workers before having court’s decision.

In addition, the article which the group emphasised was “worker’s right to strike in accordance to international agreements”, as well as ensuring the rights of women labour.

The current law, which bans sit-ins within the workplace that lead to a full or partial halt in work, was criticised by the campaign.

Thus the campaign has set certain procedures for trade union organisations and worker representatives to follow before embarking on a sit-in or a strike.