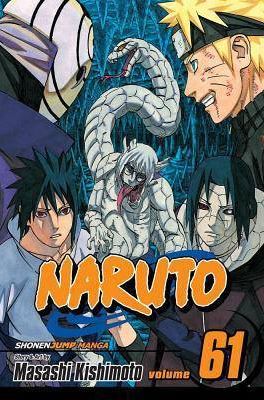 Mixing together a hodgepodge of Egyptian humour and Japanese illustration techniques, The Captain, an Egyptian independent comic book series, creates a story that is fun, relatable, and upbeat.

Celebrity parodies, Fight Clubesque tropes, organised crime subplots all crash together following the central character Mr Adel, a young teacher/social worker, attempting to respond to the social and personal crises of the young pupils at the secondary school he teaches at.

Fouad Mohamed, its writer and creator, also draws heavily for the story’s themes from his own experiences during an often violent adolescence until his university years, struggling to make career and friendship choices.

He says: “I survived that age. I want to help them [the readers] and of course to show how to survive from having friends to losing and social demands.”

He hopes his personal lessons shown in the book can teach some valuable lessons.

Many of the stories elements draw on the unique Egyptian perspective with many young readers able to recognise such experiences as the rigorous courting traditions young men face in their romantic lives to the often relentless  (and some may say pointless) testing process which overshadows the Egyptian education curriculum.

The story also addresses such universal topics as school bullying.  Mohamed who learned kung fu to defend himself, went to an all boy’s secondary school, which he described as a “jungle”.

“Here in Egypt there’s a term for people who don’t fight.  We call them ‘hafa’, meaning victims or ‘sand bags’,” Mohamed says. “You start to bully, or get bullied.”

As well as bringing his own life lessons to the story, a variety of influences is what makes The Captain unique.

The use of a “default” character, which larger plots can spin out of, as well as more detailed renderings during crucial plot points and clever panelling focusing of subtle details to convey emotion, are taken from the Japanese manga (or comic book) tradition, as well as from the Korean comic genre, mawa.

Mohamed first became obsessed with Japanese animation and cartooning when his brother introduced him to Naruto, a cartoon series based on a manga, about an adolescent Ninja seeking approval.

“I fell in love with Naruto, wondering what was going to happen next,” he said, describing how he locked himself in his room while his parents thought he was studying during university.

Mohamed, who himself left a profitable engineering career to pursue his love for comics, also says one of his major messages is to help young people make decisions about their future careers, where most young Egyptians are under pressure from their parents “to go into high status jobs”.

His own parents have lamented his career choice, doubting its profitability, but he explains to them that making a compelling story which will grab readers’ attention will be the answer to making a living. Mohamed quoted his parents as saying: “Show me the money’.”

He added: “I love the imaginative parts to tell a story, making people laugh but teaching a message.” He said he hopes to do the same as his favourite mangas, “giving them part of my experience even though it’s not that huge”.

The Captain is illustrated by Nehal el Refai and is available online at  https://www.facebook.com/elcaptainmanga?ref=bookmarks