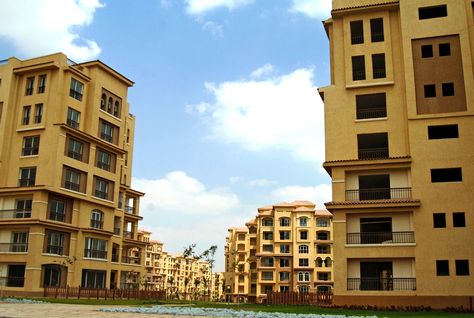 Many real estate developers agree the most important challenges facing the sector’s outset in the upcoming period lies in the scarce supply of “attached” land, according to Tarek Bahaa, marketing and sales director of EIG Inc.

Attached land is that which has developed utilities, but remains without building or construction work.

This is compounded by the difficulty in obtaining clearances for projects and the length of the procedures, Bahaa said.

In spite of these challenges, Bahaa says the real estate sector’s growth opportunities in Egypt are very large. The Ministry of Housing has now directed to issue executive regulations for real estate and put forward land based on partnership with real estate developers, according to Bahaa.

“Putting forward land based on partnership will limit the increase and the scarcity of attached land prices, as well as save time, money and effort,” Bahaa said. He added that it would bring the state out of the idea of being the land dealer, and said: “It will be a satisfactory formula for all sides, whether real estate developer or the state.”

Putting forward land based on participation is one of the means that will significantly boost the growth of the activity at no less than 4% annually, and boost activities related to the growth activity, according to marketing and sales director of the company.

“There are promising opportunities in real estate activity of various kinds, whether in the residential, administrative or commercial sectors,” Bahaa said.

The Marketing Director believes that there is a very large segment of Egyptians targeting middle income and upper-middle income units of varying sizes, which cost EGP 500,000 and more. This is  a trend that real estate development companies have been working on for the past four years.

Bahaa believes competitive opportunities between Egyptian companies on residential aspects of the real estate development projects would be huge. Competition over the commercial and administrative sectors is limited to foreign investment companies, especially Gulf companies.

The Gulf companies own much of the capital invested in the commercial and administrative real estate projects, which is not available to the Egyptian companies. This comes in addition to their capacity for marketing and attracting global brands in the major malls of Egypt, according to Bahaa.

“On that side, Gulf investment companies benefited from their experience in Dubai specifically, and they have great experience,“ he said.

Funding is one of the obstacles facing the Egyptian real estate market, according to Bahaa, as real estate companies, to which the rules of mortgage apply, remain less than a handful.

“The lack of funds for clients limits their ability to buy, which forces companies to install payment for periods of five or six years,” he said.

A mortgage requires units that are already built and registered, in addition to the bank getting a very high interest, that reaches 14% and 16%.

Finging solutions to these obstacles is considered a big boost to private activity under the state’s desire to achieve growth rates of almost 4% annually.