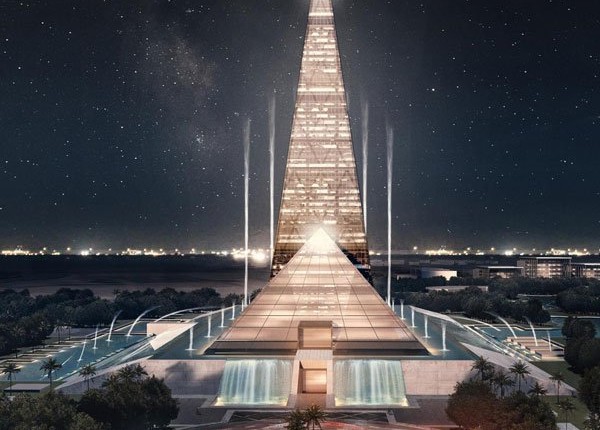 The armed forced has approved the allowed height of some lands in Sheikh Zayed City to start the implementation of new projects, according to Minister of Housing Mustafa Madbouly.

Madbouly added that this approval is considered the first of its kind in new cities to boost investments.

The projects will be implemented by the Ministry of Housing, represented by the New Urban Communities Authority (NUCA), in partnership with the private sector.

During his visit to the Zayed Crystal Spark site in Sheikh Zayed City, Madbouly said that the project will be built on an area of 190 acres (798,000sqm). It will be constructed in cooperation between NUCA and one of the largest real estate companies.

“The project consists of administrative and commercial areas and a central amusement park, in addition to the mixed-purpose Icon Tower,” Madbouly added. “The height allowed for a number of floors of administrative and commercial buildings ranging from 8 to 10 floors, and up to three floors for the entertainment use, while an increase is allowed for the Icon Tower to 49 floors.”

Madbouly revealed that a statue of the late Sheikh Zayed Al-Nahyan, the former president of the UAE, had been designed to be placed at the entrance of Sheikh Zayed City. The statue was made in recognition of his efforts in building the city.

Moreover, the minister demanded the NUCA’s head Gamal Talat build three playgrounds for different games in the city, immediately. Besides this, some street layouts will be re-planned after the increase in the city’s resident numbers, as well as expanding some pavements to allow citizens to exercise.

Talat said the city is moving forward in the implementation of its plans, and much of the city’s lands, including 410 acres located in the top of a hill in the city, will be put up for investment.

Two bus lines from Sheikh Zayed to Abdel Moneim Riad and Ramses will run to serve the citizens, with the intensification of planted areas in all corners of the city, he added.

The project was debuted at the Economic Summit, which took place recently in Sharm El-Sheikh. It will contain the highest tower in Egypt, at 200 metres in height.