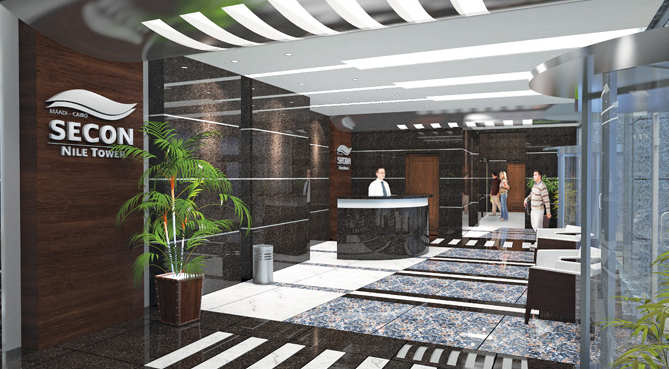 The Saudi-Egyptian Construction Company (Secon) signed Thursday three contracts to design new real estate projects on an area of 100 acres, entailing investments valued at EGP 2.5bn. The projects will be built in the areas of New Cairo, New Damietta and New Assiut.

He explained the projects are the result of the recently approved increase in capital to the amount of $243m, added and divided equally between the Saudi and Egyptian governments.

Hassanein noted the Saudi government paid its share in cash in January, while the Egyptian government provided about three pieces of land on an area of 100 acres.

Hassanein added that the New Cairo project will be for above middle-class housing on an area of 68 acres, and that the design project was won by Sabbour Engineering Consulting.

He revealed that the company will begin the implementation of the three projects in the next half of the current year.

For his part, Sabbour Engineering Consulting CEO Hussein Sabbour said it is a pleasure to be designing the New Cairo project. He added that the three consulting offices chosen for the real estate projects will compete to do their best in the work.

Secon is one of the largest companies operating in the real estate market and it is owned equally by the Saudi and Egyptian governments.

The company carried out a project in March 2011 with an investment cost of approximately EGP 500m. In addition, it began implementing the Secon Nile Towers project with investments of EGP 1.6bn in 2013.

Secon Nile Towers is located in Maadi’s Corniche El-Nile, and is being built on 10,000 sqm with two towers containing  23 floors each.

SECON intends to inject EGP 2bn in Egypt through 2017