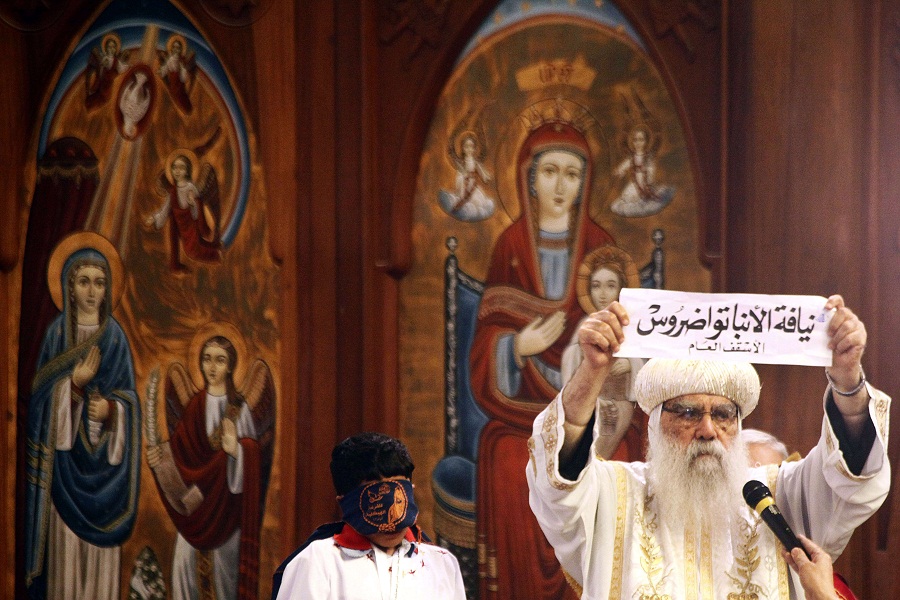 The new statute for the Pope of the Coptic Orthodox church of Alexandria’s election, set by the Holy Synod, states the age of voters during papal elections should at least be 25 years old.

In the previous set of regulations issued in November 1957, the minimum age to vote was 35 years old. During the last papal elections that brought Pope Tawadros II to the papal throne, the age limit caused controversy in the Christian community, and especially Christian youth. John Aziz, a 24-year-old debt recovery officer, supported the new age limit because: “It’s always nice to include the younger generations”.

Aziz stressed the importance of including the youth in the process, but pointed out its danger claiming that “sometimes they [youth] would look at the candidate who would make them happy, rather than build them spiritually”.

Among the amendments of the new statute is that eligible candidates for the papal seat should be general bishops with “15 years of monastic life”. The amendments emphasised that no metropolitan bishops or diocesan bishops can run for the position of pope, “except in the case of urgent circumstances according to the rules of the church”.

Christians had previously criticised the rule allowing diocesan bishops to the position. Bishoy Ramzy, a journalist specialising in Coptic affairs, explained that when the church appoints a diocesan bishop, he is officially responsible for it. In other words, he is “married” to a specific area, so he cannot be responsible for the whole Coptic community. On the other hand, a general bishop is not limited to a specific area.

In a statement issued by the Egyptian Initiative for Personal Rights (EIPR) on Tuesday, the EIPR criticised the new statute. It described the drafting of the new statute without participation from the Coptic community as “discrimination”, because it widens the gap between Coptic citizens and members of the Holy Synod.

However, Article 3 of the Egyptian constitution states: “The canon principles of Egyptian Christians and Jews are the main source of legislation for their personal status laws, religious affairs, and the selection of their spiritual leaders.”

The statement added that the presidency had called for the church to make alterations to the new statute, but the church returned the statute as it was, with no alterations.