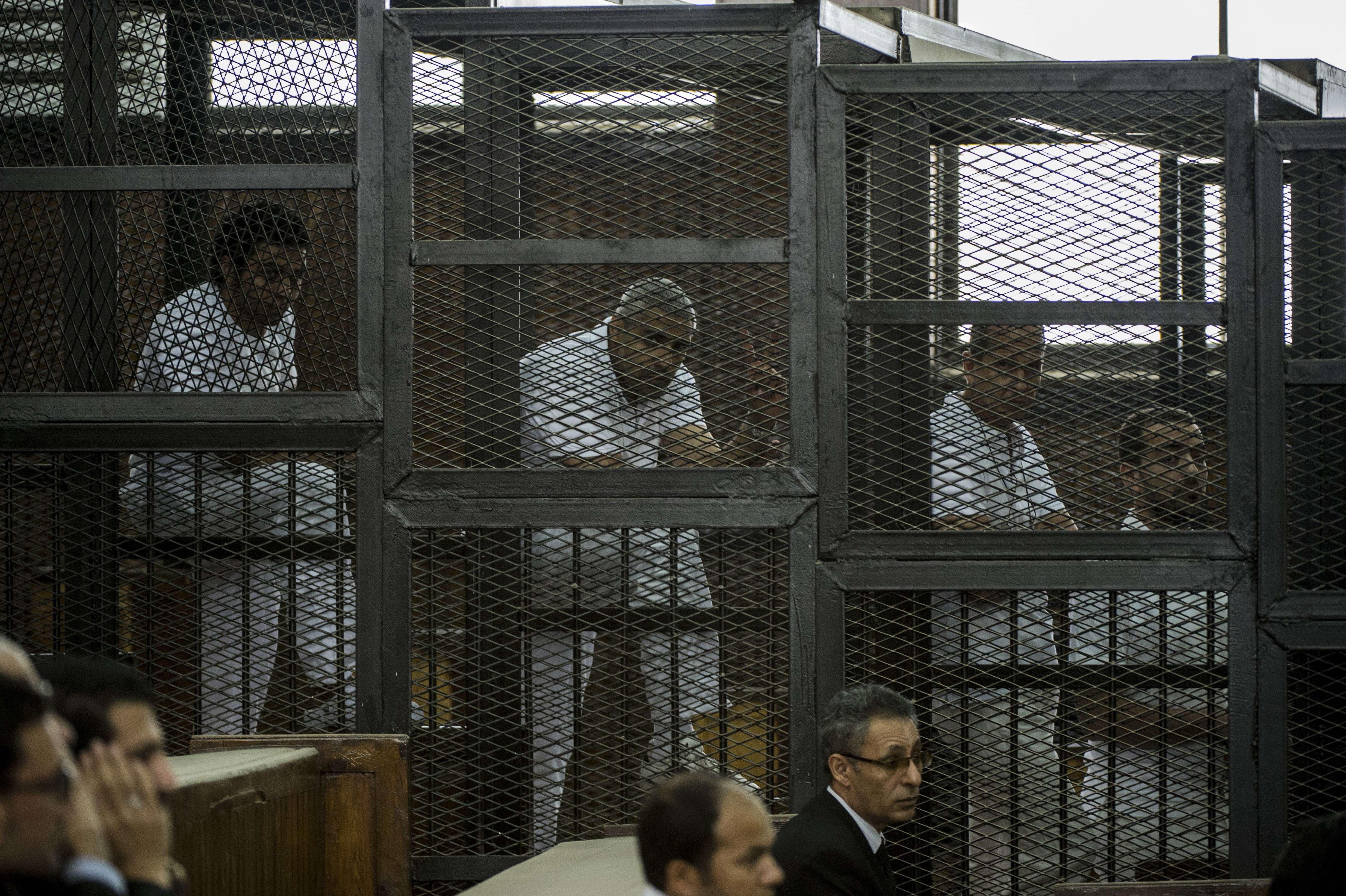 A new technical committee is to look into video content that is supposed to be evidence against the defendants.

On the other hand, the problem of Fahmy’s “lost” passport emerged again in court, as Fahmy has repeatedly claimed that it was taken by authorities and that the Canadian embassy is unable to issue a new one. The defence asked for an official court paper stating that the document was lost.

The police is still unable to answer questions about the location of Fahmy’s passport. Troy Lulashnyk, Ambassador of Canada in Egypt has been attending court cases and was present Wednesday.

Similarly, Mohamed had complained from having to circulate without official identity papers.

Fahmy and Baher last attended a court session on 19 March. The technical committee – before replacement – failed to provide accurate statements to the judge about the video evidence, as the head of the committee even said he had not watched all of it and therefore refused to take responsibility for the full final report by the committee.

The judge had also listened that day to the testimonies of two National Security officers, whom had previously failed to show up at court, delaying the trial process.

The presence of those two eyewitnesses was crucial for the case to proceed. According to Fahmy, one of the two testified that the journalists worked for the banned Al Jazeera Mubashir Misr channel.

“This is incorrect and I strongly oppose Al Jazeera Mubashir. We have celebrated behind bars the closing down of the channel, because it was unprofessional,” Fahmy had told reporters outside court after the session on 22 February.

“The officer will be asked about conducted investigations,” Fahmy stated, which finally happened on 19 March. Ahmed Hussein, a police major in the National Security body who led the investigations that resulted in the arrests of the two journalists along with Australian Peter Greste, refused to answer the judge’s questions, said he did not remember and referred to the text of investigations.

A copy of his testimony during investigations was published by some media news websites. Hassan accused the journalists of forming a “cell” in the Marriott hotel in Cairo with the purpose of helping Muslim Brotherhood elements to broadcast a “negative image of the Egyptian army following June 30”.

During the arrest of Fahmy and Greste in their hotel room, an officer asked about their shooting equipment and its owner, to which Fahmy replied that it was owned by Al Jazeera. The officer also tried to find out the names of their colleagues.

In a video that was released showing nearly 15 minutes of the arrest process, the officer was questioning Fahmy as Greste could not keep up with the use of Arabic language.

The security officer had tried to make a link between Fahmy’s travel to Qatar to Al Jazeera bureau and a trip to Turkey. Fahmy said he did not go to Turkey.

The case is in its retrial process, following previous prison sentences: seven for Greste and Fahmy, and ten for Mohamed who was found in the possession of a bullet. His wife had previously told Daily News Egypt that the bullet was a memory from work he had done during the Libyan uprising.