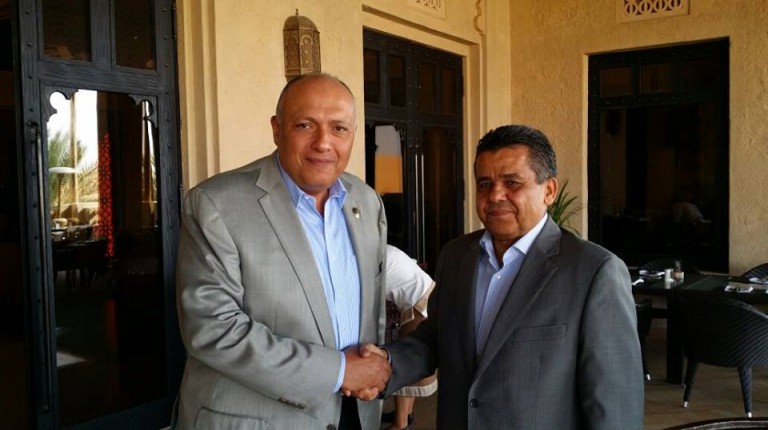 Libya will participate in the upcoming Arab League Summit with a delegation led by the head of the Libyan House of Representatives, Aqila Saleh, the Libyan Ambassador to Egypt Mohamed Al-Darsy has announced.
Al-Darsy stated that the summit in Sharm El-Sheikh is expected to be an “exceptional” one due to the amount of regional “crises and dangers” that were presented in front of foreign ministers.
The ongoing turmoil in Libya is also expected to be one of the top topics during the meetings.
Approximately 45,000 Egyptians have fled Libya since the self-proclaimed Islamic State (IS) terrorist group beheaded 20 Coptic-Christian Egyptian workers in the North African country in February.
Egypt, backed by Abdallah Al-Thini’s government, launched military airstrikes on Libya shortly following the incident.
Meanwhile, at least 46 more Egyptians remain missing in Libya, according to their relatives.
The Libyan delegation consists of foreign minister Mohamed Al-Dairy, ambassador Al-Darsy, and several officials from the Libyan House of Representatives.
Libya’s turmoil has persevered since former president Muammar Gaddafi was ousted and killed in 2011.

Shoukry meets Libyan delegation in another formal, yet unfruitful meeting