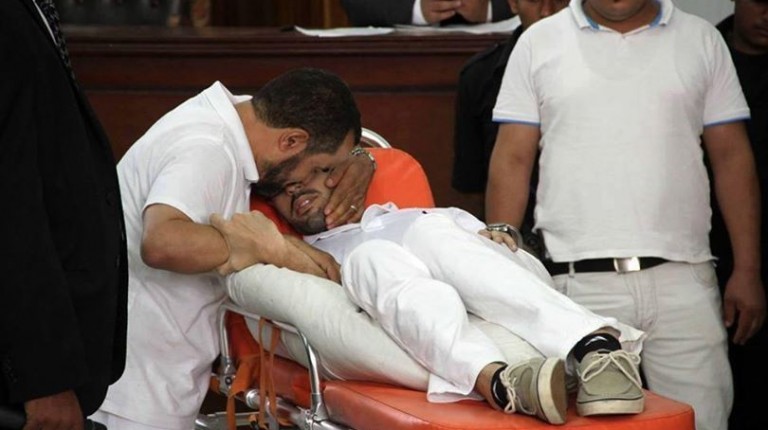 Muslim Brotherhood leader Salah Soltan has been missing since Thursday, according to family spokesperson Sara Mohamed.

His family was told that the ‘Operations Room’case defendant was moved from the high security Aqrab prison to Wadi Al-Natroun prison. However, they did not find him at Al-Natroun as well.

“Both prisons are denying his presence inside,” said Mohamed.

The Cairo Criminal Court had referred on 16 March the files of the Muslim Brotherhood’s Supreme Guide Mohamed Badie and 13 others, including Soltan, to the Grand Mufti, a prerequisite before enforcing death sentences.

Mohamed, Soltan’s son, is also accused in the same case, and will be handed a verdict on 11 April.

According to the prosecution, in the aftermath of the mass protests of 30 June, Badie and his assistant, Brotherhood leader Mahmoud Ghuzlan, plotted to “spread chaos in the country, break into police stations, government institutions, private property and churches”. They alleged that this was with the aim of making Egypt appear unable to govern in the eyes of the international community.