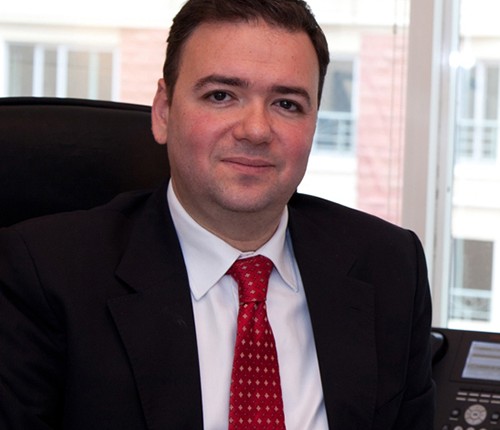 Stock markets of Dubai and Abu Dhabi are among the most attractive for Egyptian investors and the potential listing of Emirati firms in the Egyptian bourse is expected to spur more interest, NAEEM Brokerage’s CEO said.

Referring to the listing of Orascom Construction (OC) on the NASDAQ Dubai bourse earlier this month, Ayman Hamed said additionalsuch listings will be of “more benefit to investors and traders”.

OC, the Sawiris-controlled engineering and construction business, is the only firm to be dually listed in Egypt and the UAE.

“It’s strongly believed that Emaar Misr too is in its final stages of preparation for its listing in the Egyptian stock exchange – expected sometime in the 2Q of 2015. We’re not sure yet if it’s a dual listing,” Hamed told Daily News Egypt. “This, and other similar listings, will raise the inflow of capital across regional markets.”

The Egyptian arm of Dubai’s largest listed real estate developer Emaar Properties, filed a formal request in February to list its shares in Egypt’s bourse. The company gave no value of how much it plans to float in the IPO, but reports said it would issue more than EGP 2bn worth of shares.

He added that Egyptian traders are exceptionally interested in shares of listed real estate firms in the UAE.

Hamed said the “market volumes in the GCC market is weak, liquidity is not that attractive,” which has encouraged the company to rely on third parties to serve clients, rather than expanding its physical presence.

He attributed the limited flow of capital to the “lack of harmony” in regulations governing regional markets. “Regulations controlling financial and paper settlement, and other aspects of the trading process, vary from one market to the next,” he said.

He also noted that certain countries, such as Saudi Arabia which is the biggest market in the region in terms of market capital and volumes, bar foreigners from trading in shares listed on its bourse (except through P-notes) which contributes to the limiting of pan-Arab volume of trade.

Hamed predicted that stabiliity of the Egyptian economy and abundance of liquidity and termination of the black market will facilitate the transfer of dollars into and out of the country., making it easier for investors to invest in regional markets especially in stock dually listed to benefit from the price deferential, if any.