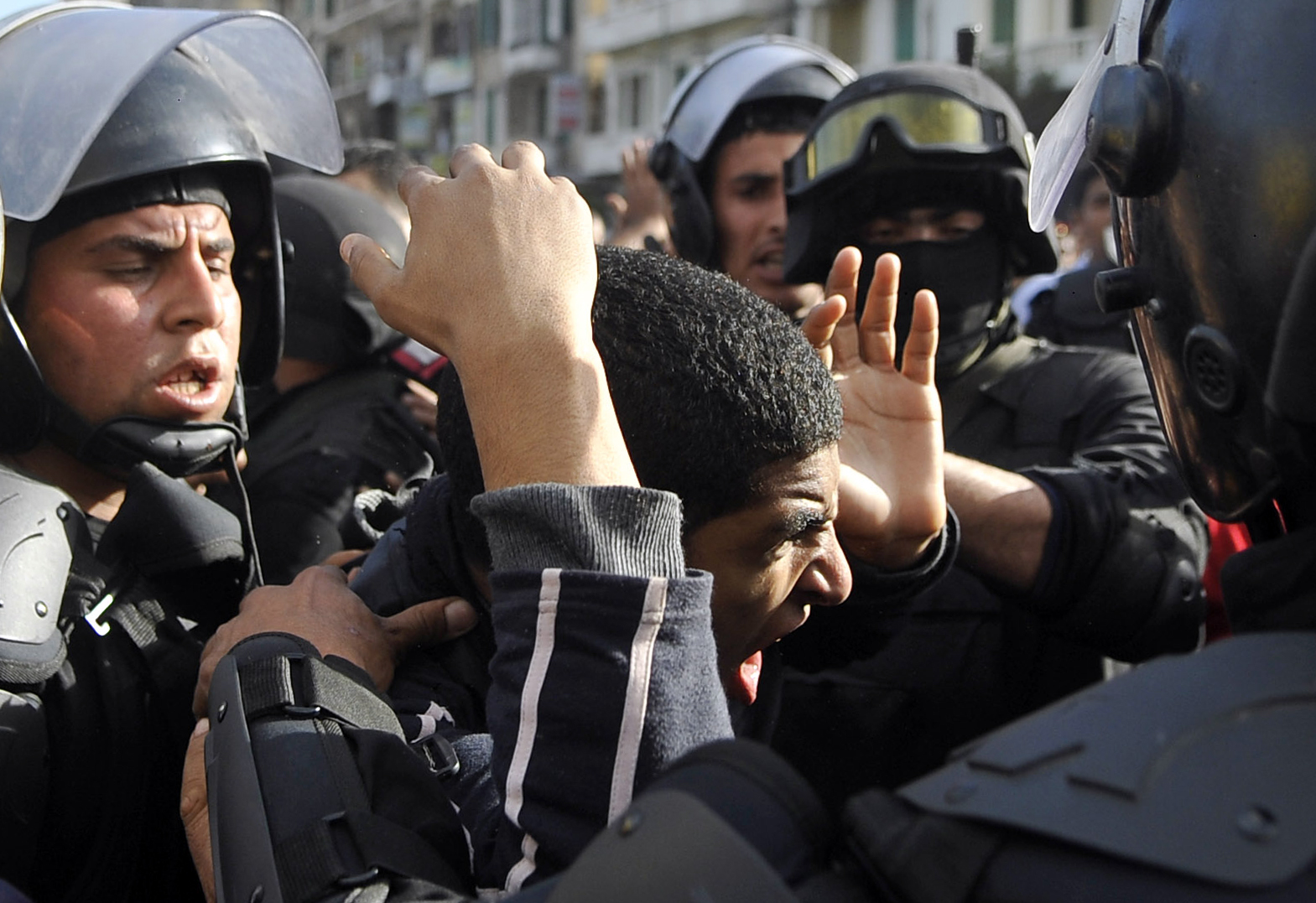 Farouk said the deceased died Sunday after he “swallowed a packet of drugs, according to witnesses”.

The deceased was chased by police forces and arrested after he was suspected of acquiring narcotics. He was then detained at the Al-Haram police station, where he reportedly died 30 minutes after arrival.

Al-Mawla’s family could not be reached for comments or further information on the incident. The prosecution has now gained access to the body and has ordered an autopsy.

Local media reported that the prosecution listened to the testimony of the police officer who led the arrest, who denied torturing the deceased and claimed that he swallowed “a strange body”. The Director of the Al-Giza Bureau of Investigation has so far declined to comment on the investigation to Daily News Egypt.

In a related incident, a prisoner died in a police van in Minya, where three police personnel are accused of “beating him”, state media reported.

The deceased, who was arrested by police, was asked to hand in his mobile phone. When he refused, an argument broke out resulting in his death. The prosecution is currently investigating the incident.

Since the beginning of the year, several incidents of prisoners dying in police custody have been taking place.

The “string of deaths” amongst detainees held in custody inside Matariya police station point to “torture and horrific detention conditions”, Amnesty International said in a statement last March.

In the same month, the El-Nadeem Center for the Rehabilitation of Victims of Violence recently released a report on cases of torture and abuse in Egyptian prison and detention facilities during February.

In February, three prisoners died inside the Matariya police station, with allegations of torture ensuing.

The now banned Muslim Brotherhood has described the incidents as “new record in torture and murder figures, with five cases of murder and death in detention in three days”.

The statement reported five different cases from 26 to 29 March, where prisoners died inside detention centres.

The police allegations in Hussein Abd Al-Mawla’s case are similar to the famous Khaled Saeed case.

Khaled Saeed was killed in controversial circumstances in June 2010. According to eyewitnesses, Said was dragged outside an internet cafe and beaten by two policemen in Alexandria’s Sidi Gaber neighbourhood. They smashed his head against marble stairs, which resulted in his death. However, police claimed that he was a drug dealer who choked on a packet of drugs he swallowed.

An independent forensic report showed the packet was forced into his throat after his death.

Saeed is considered a symbol of police brutality and he is believed to be one of the main sparks of the 25 January Revolution, which took place a few months after his death.