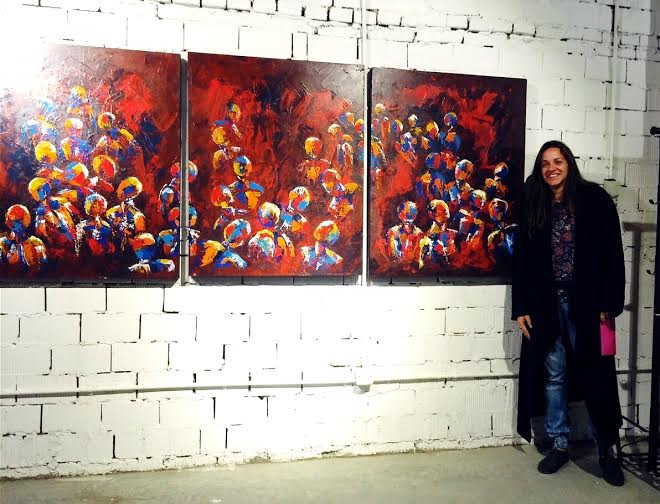 In Egypt’s society, marriage is seen by many as an ultimate goal. Wedding and their related details are therefore a hot topic among many young Egyptian friends groups.

‘Our Wedding Carnival’ is an annual-local event that is about to return for its third round this April. Red Square’s event aims to assist all upcoming brides by including all the needed services and suppliers under one roof for one inclusive bridal-shopping experience.

For the past two seasons, the carnival has targeted the B and A classes. However, this year the event is turning its head towards the opposite direction.

Red Square, the organising agency, has partnered with “Benebny Hayah” project which will choose 10 lucky upcoming brides who cannot afford all of the marriage related expenses and make their dreams come true.

At the same time, Sherif Ashraf, founder of Red square, promised a bigger and better season with more than a 100 exhibitor and few local and international designers.

Bahig Hussein, a local couture designer, will open the carnival on 3 April with his show “Dancing with The Stars” and just as the name suggests it will include several vibrant dresses.

Blanche Maison de couture on the other hand will showcase her collection on  4 April. Unlike Hussain, Blanche only launched one month ago, which makes this her very first solo fashion show.

The presence of both Bahig Hussain couture and Blanche Maison manifests the carnival’s core that aim to help the local industry develop by supporting the leading designers while nurturing the new generation.

Meanwhile, the shows will also include Hadi Katra, from Lebanon, and Antar & Lahmouni, from Syria.

“As a brand we introduce new ideas and designs. We bring the iconic spirit and style of Lebanon and Syria to Egypt which is something Egyptian women love and appreciate,” said Antar.

Along with the shows, 100 different companies and agencies will help the couples pick everything from honeymoon plans to flower arrangements.

Khattab for wedding invitations is one of the key exhibitors as they are one of the oldest manufacturers in the country with more than 80 years of history.

“This year we have a booth displaying all of our latest designs. However, we wanted to go with something more fashion-related such as a dress made of our invitation cards yet the short time frame did not help us,” said Omar Khattab.

Along with the booths and the fashion shows, the event’s agenda also has several unconventional shows such Ahmed Essam’s fireworks show and Kriss’s hair show.

“We will throw an inspirational hair show. It will be something artistic and out of the box rather than an everyday style,” Kriss explained. “It will be a 20-30 minute show that will include a live hairdo on stage plus several ready models.”