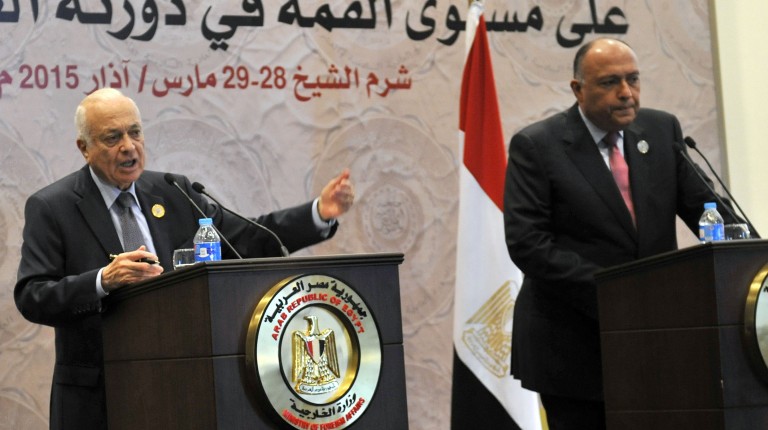 Arab League Secretary General Nabil El-Araby sparked anger amongst Egypt’s Christian community after remarking Muslims should be united, unlike “the Catholic Christians and Protestant Christians who have different holy books and different statuses”.

Secretary to the Holy Synod of the Coptic Orthodox Church Bishop Raphaeil tweeted that “we respond only to intellectual comments”, when someone asked him to respond to El-Araby’s comments.

Meanwhile, Head of the Egyptian Union of Human Rights Organization Naguib Gabriel stated that the remarks are racist and accused him of contempt of religion.

“A man of such great stature should not have issued such words,” Gabriel said Tuesday.

Gabriel denied El-Araby’s allegations, adding that all Christian sects believe in one book, which is the Bible, and that differences come from mere Western and Eastern schools of thinking.

Gabriel demanded an official apology from El-Araby to all Christians for his “provoking and racist statements”. He said that these came “at a time when President [Abdel Fattah] Al-Sisi is demanding the uniformity of Arabs and Egyptians”, especially as Arab countries are rich with a multiplicity of religions.

Head of Media and Publication Council of the Evangelical Church Refaat Fekry said the old conflicts that occurred in Europe between Catholics and Protestants were political conflicts, not due to the presence of different books.

In this difficult time through which the Arab region is going through conflicts and hassle, and events of violence and terrorism, “we need words to gather not differentiate, to unite not disperse”, Fekry said.

He asked officials to be accurate in what they say for the sake of social peace in Egypt and the Arab region.

He stressed that Catholic, Protestant and Orthodox Christians believe in one holy book which contains both the Torah and the Bible.

El-Araby’s comments came during the Sunday press conference held following the Arab League Summit while he was talking about conflicts between Sunni and Shi’a Muslims.