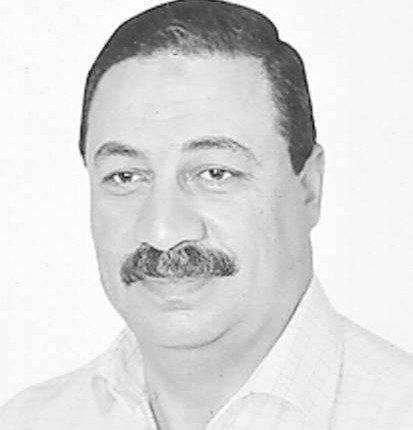 Floating boats in the river channel between Luxor and Aswan still pay the price for the political turmoil over the last four years.

Only 20 out of 286 hotels continue to work, with occupancy rates ranging from 13% to 20%, according to Abdelrahman Anwar, deputy chairman of the Floating Hotels Investors Association. Anwar said hotels hope to resume operations this year, coinciding with signs of political stability.

During the mid-year holiday, hotels took advantage of tourist programmes launched by the Ministry of Tourism, with 120 boats resuming their activity. However, they have since stopped operations again.

How many hotels resumed their activity starting this year?

First of all, there are 286 hotels operating in the river channel between Luxor and Aswan, with a capacity of 17,000 rooms. Only 120 hotels worked during this mid-year holiday; however, they halted operations again, and only 20 hotels out of the 286 still work. Floating hotels have paid the price for the political unrest since the 25 January Revolution.

Why did they work and stop again?

Over the last four years, tourist flow to Egypt has been low, compared to numbers of 14.7 million tourists in 2010. Moreover, some countries imposed travel alerts to Cairo in the past years. Tourists were coming to Cairo then took flights to Luxor and Aswan, and, due to continuous demonstrations over the last few years, Egypt’s image abroad was negatively affected, which led to decrease of tourist flow, especially to Cairo. However, the Ministry of Tourism worked to separate marketing campaigns to Cairo and the rest of the areas, whether Luxor, Aswan, Hurghada, or Sharm El-Sheikh.

There are direct flights from London, Paris and Madrid to Luxor; however, the capacity of these flights is still below target. In all cases, occupancy rates of Luxor hotels do not exceed 25%, which is a very low rate. There are 17,000 hotel rooms only in floating hotels; one or two flights are not enough to increase occupancy in Luxor. Losses of the floating boats sector amount to $1.3bn annually, meaning that more than $5.5bn was lost during the four years.

Does Egyptian tourism have a role in resuming hotel operations?

Yes, domestic tourism will have a big role, in case it was organised and if the trips are suitable for Egyptians’ income, especially in regard to flight prices; hotels have good offers during the mid-year holiday. The price for room per person and per night is EGP 200 up to EGP 300, which is very reasonable. As for the price for foreigners per person and per night, it is between $20 and $25. The actual problem is the plane ticket price. On the other hand, the Ministry of Tourism launched a tourist programme for Egyptians during the mid-year vacation. We must not consider national tourism in times of crisis only; we have to develop it, and at the same time try to regain the foreign tourist flow.

What do you think of air charter and how the Ministry of Tourism supports it?

Charter flights are so important in order to increase the foreign tourist flow. It also enables big companies to maintain their flights to the region. This was the way the Ministry of Tourism as well as the Ministry of Aviation offered special incentives in order to reduce the takeoff and landing price in Luxor International Airport. I can imagine that each and every dollar paid for air charter will generate more than $30 as revenue for the Egyptian economy. We have to increase incentives. There are 3.8 million employees that work in tourism, in addition to other industries related to the tourism sector.

When will the long flights between Luxor and Aswan return?

I don’t know. It depends on the number of tourists that flights target. The instability in Cairo negatively affected cultural tourism. Visitors that target classic tourism are often from West Europe, the US, Canada, and Eastern Asia (Korea and Japan), so these visitors constantly follow what happens in Egypt and they are always updated. Concerning the river marinas in the provinces located along the Nile River, lately, preparations were made for these marinas in order to host floating hotels, but the availability of tourists who would like to go on a Nile cruise from Luxor to Cairo in a floating hotel is the main factor.

What do you think of the way the government handles the financial debts for floating hotels?

Recently, the Ministry of Tourism has been going through unstable conditions, especially after the new ministerial changes and [appointment of] the new minister. The sector of floating hotels is not able to pay the insurance’s arrears. During the second half of last year, an agreement was signed between the Ministry of Tourism and the Ministry of Social Solidarity. According to the agreement, the arrears should be paid as instalments over five years and the initial payment date will be from the current year. We should keep in mind that in order to pay these arrears, our activities should gain back their strength. Some investors sell their capital, represented in cars and houses, in order to pay their insurance arrears which should have been paid over the past 4 years, to avoid going to jail.

In order not to lay off workers during the past four years, despite unemployment, we were paying the insurance money share for the workers, in addition to the employee’s share, on condition that they would pay these compensations after regaining tourist flow. Eventually, a decision was issued concerning the full exemption from fines, only for those who have paid before 22 February. This decision included 75% exemption from fines for those who pay before June. But how can I pay, I have not been working for four years.