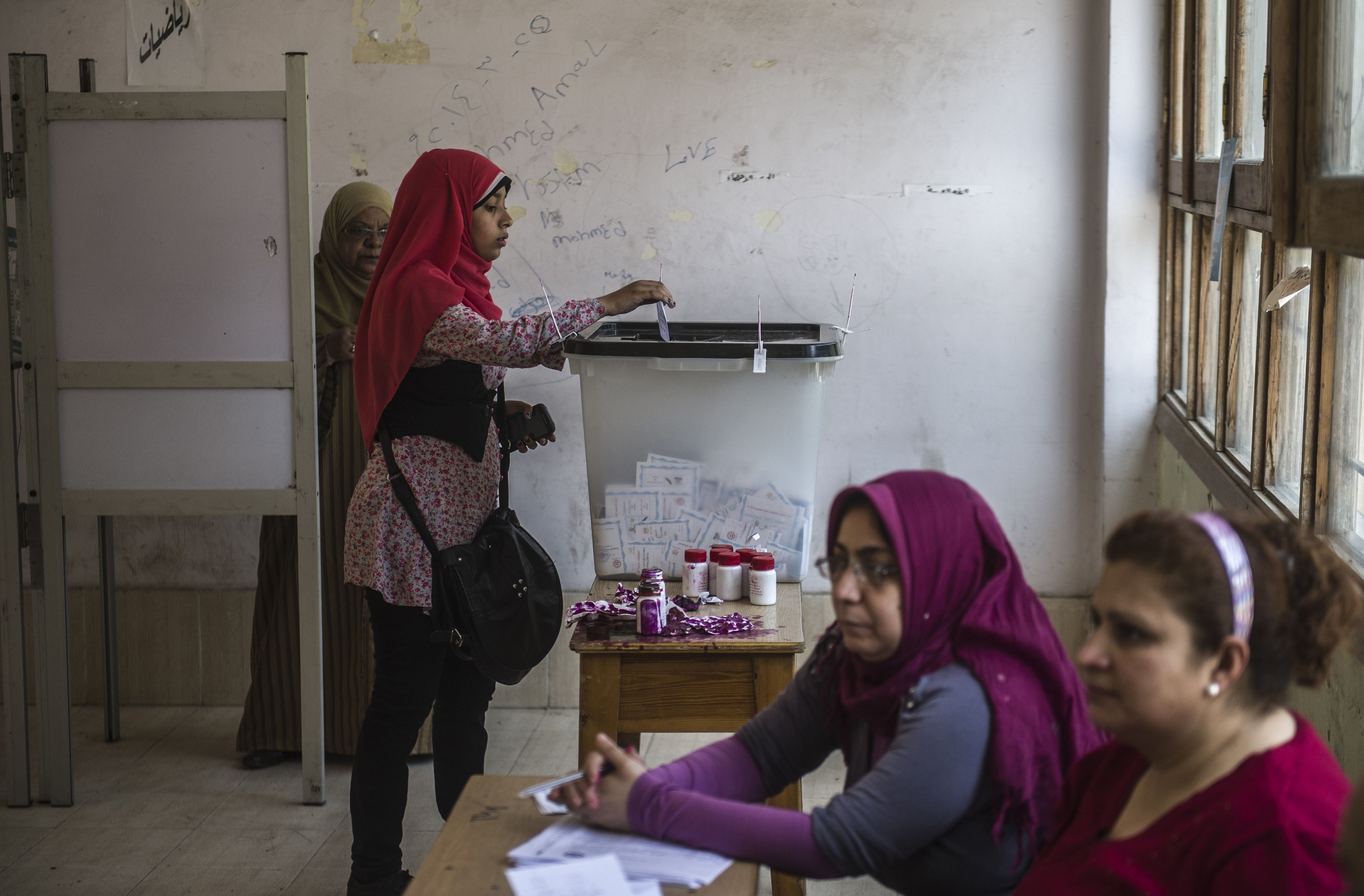 Prime Minister Ibrahim Mehleb met with a group of representatives from 11 political parties to discuss amending the electoral district law.

Thursday’s meeting was part of a series to be held with approximately 75 Egyptian political parties. Representatives at the meeting included the Al-Wafd, the Free Egyptians, and the Egypt Social Democratic Parties, as well as the Egypt National Movement amongst others.

Shehab Abdel-Maguid, spokesperson for the Free Egyptians Party that attended the meeting, said: “Our main objective is to achieve the goals of the third phase of the political roadmap.”

He added that this “is why we do not want to change the electoral system and keep the same elections law”.

However, the representatives issued a memo to Mehleb and the committee during the meeting with a list of recommendations for amendments to be compatible with the constitution.

“The recommendations included mainly distributing the candidates on eight lists instead of four, containing 15 seats for each list, in addition to increasing the number of seats for youth,” Abdel-Maguid said.

Another recommendation was suggested during the meeting, but was not supported by the majority of the attendees. The amendment sought the modification of the elections law to allocate 40% of the seats for proportional lists, 40% for individual seats, and 20% for closed lists, according to Abdel-Maguid. “This modification might violate the constitution,” he said.

The first meeting’s representatives excluded political parties such as the Popular Current, the Constitution Party, the Al-Karama Party, and others. These parties have decided not to take part in the elections, in protest of the elections law.

Khaled Daoud, spokesperson of the Constitution Party, told Daily News Egypt: “So far we did not receive any invitations to attend this meeting.”

However, he said there was a meeting held on Wednesday between the Constitution Party members, the Popular Current, Misr Al-Horreya Party, and others who were not invited to come up with recommendations for the same issue.

According to Daoud, despite the huge number of parties involved in the talks, it will not lead to a significant change in the electoral districts law. He believes, however, that using eight lists instead of four will still remain the better option.

In March, the Supreme Constitutional Court (SCC) ruled the Electoral Districts Law unconstitutional, resulting in the postponement of parliamentary elections until the questioned law is amended.

While the court announced that Article 3 of the law as unconstitutional, it refused other appeals on the law defining political rights issued ahead of the presidential elections last May. It also refused appeals on the law organising the establishment of the parliament. Both laws were passed by former interim president Adly Mansour.