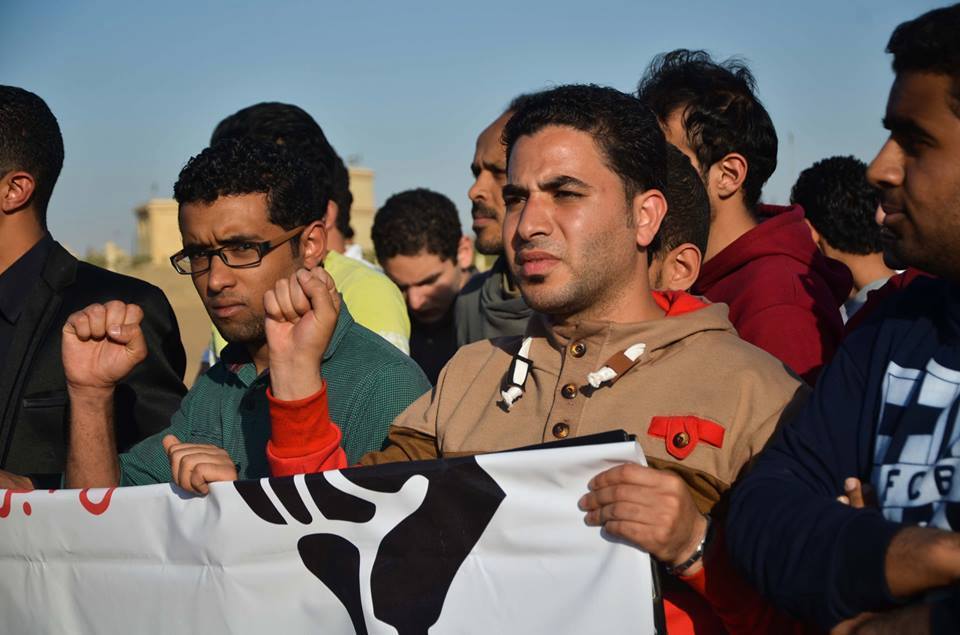 The 6 April Youth Movement held a press conference for its seventh anniversary Monday in a desert area in 6th of October City, following a security ban on their original conference in Cairo.

Security agencies cancelled a reservation that the political group made for the conference in Bait Al-Raba’ Cultural Centre in Fatimid Cairo, according to the group’s official Facebook page.

The grassroots political movement, which was instrumental in igniting the 25 January Revolution in 2011 that toppled former autocrat Hosni Mubarak, commented on the move by security forces, saying that they are “not strange from a police regime”.

Nevertheless, the group proceeded with the conference, but chose the desert of 6th of October City, 32 km west of Cairo, to protest the “state’s oppression of any peaceful movements by civil factions”.