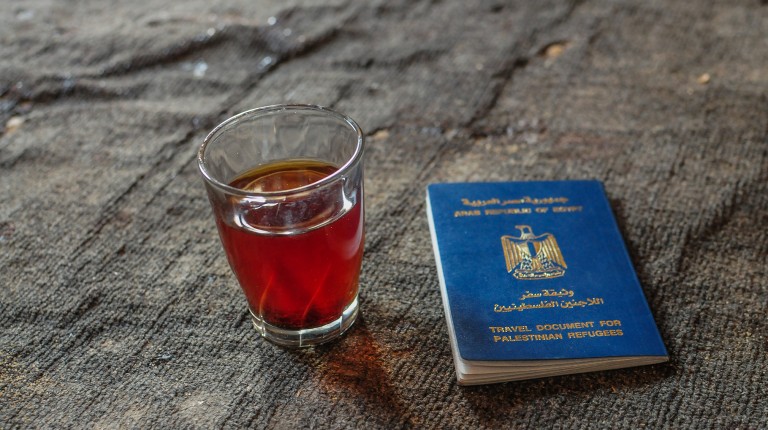 In northern Egypt’s Sharqeya governorate, there are between 4,500 and 5,000 Palestinian refugees from the fourth and fifth generations of the 1948 Palestinian immigration wave.

Yahya Diwer, a doctor who has close ties to Palestinian residents there, says that they have been living in severe poverty.

“The camp contains Palestinian refugees from the 1948 Nakba, most of them came from Dier Sabea’ in Palestine. They have been living in Sharqeya since then,” Diwer said. He added that the village is made up of mostly women and children, and has barely over 150 literate people.

“The rest do not have easy access to education,” Diwer told Daily News Egypt.

Whilst the residents of the village have paperwork, renewing their visas and their residency becomes an expensive and burdensome process. Obtaining a visa requires they pay EGP 500 every year, Diwer says, and because most families consist of two spouses and up to seven children, this is too expensive for most of them.

For the past 18 months, the Egyptian government has stopped giving them subsidised bread, Diwer said. Most of these families make their living by collecting garbage or extracting salt from a nearby location.

“Some of them say that they have become Egyptians, and have already built their lives here but at the same time there are many of them that want to return to Palestine,” Diwer said.

Unlike Jordan and Lebanon, Egypt does not have a significant United Nations Relief and Works Agency for Palestinians in the Near East (UNRWA) presence. Instead, Palestinians in Egypt fall under the responsibility of the UNHCR, according to spokesperson Marwa Hashem. However, very few are registered.

Whilst after 1952, Palestinians in Egypt had been allowed access to public services, after the Camp David Accords, Palestinians were denied the right to free education. Travel restrictions and difficulties in obtaining travel documents from the Ministry of Interior also remain a major obstacle faced by Palestinians residing in Egypt.

According to Hashem, after 2012, as more Syrians sought refuge, the Egyptian Foreign Ministry asked the UNHCR not to register the twice-exiled Palestinians fleeing Syria.