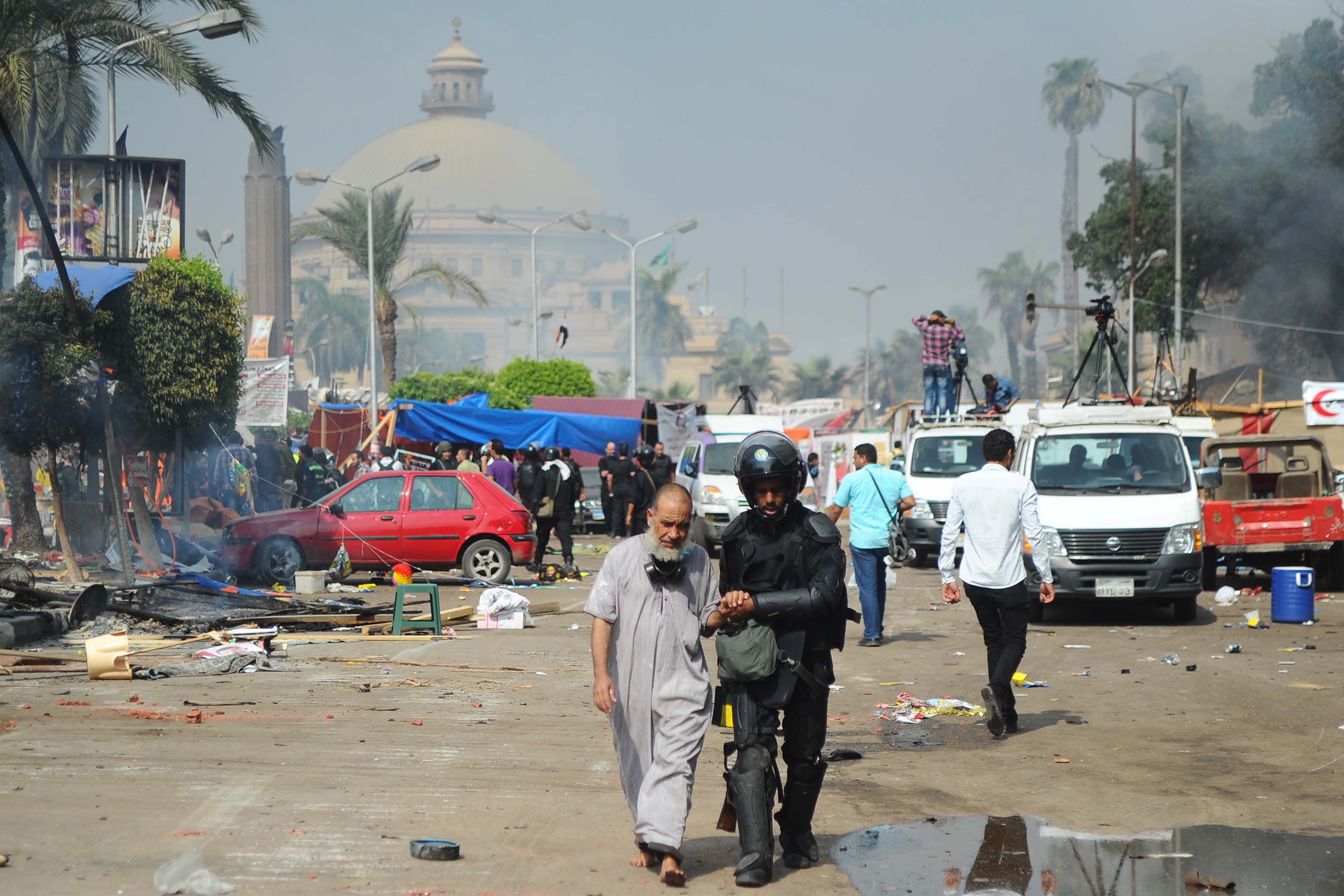 Egypt’s Prosecutor General referred Wednesday 379 individuals to criminal court for events at the Al-Nahda Square sit-in in Giza in August 2013.

According to investigations by the public prosecution, 72 witnesses testify that the sit-in that called for the reinstatement of ousted president Mohamed Morsi was not peaceful and the defendants were armed. The witnesses claim that that the protesters initiated the violence during its dispersal by security forces, which resulted in deaths of two police officers and injuries to 27 others.

The prosecution also claims that the defendants have that confessed some of the protesters were armed and did not heed the police warnings to clear the area peacefully, such that the forced clearance only came after all efforts at peacefully clearing the armed protest were exhausted. 178 of the 379 have also allegedly confessed to belonging to the now-outlawed Muslim Brotherhood.

It is understood that the prosecution claims to be in possession of video footage that demonstrates many protesters initiating shooting using automatic rifles and handguns.

As well as murder and possession of weapons, the defendants are accused of the hijacking and obstruction of transportation, damage to buildings and facilities, and the unlawful arrest and torture of citizens.

488 other individuals were excluded from the charges due to a lack of evidence.

Following Morsi’s ouster in July 2013, Muslim Brotherhood supporters started a sit-in at the Rabaa Al-Adaweya and Nahda squares. Both sit-ins were dispersed a month later, leaving a disputed number of deaths and injuries. The 30 June Fact Finding Committee formed to investigate the events of both sit-ins declared in November 2014 that 607 protesters were killed during the dispersals.

However, Human Rights Watch’s report issued in 2014 put the number at 800-1,000 deaths, referring to the dispersal as a pre-meditated “massacre” by the ruling military administration of the time. Whilst HRW puts the Rabaa toll at approximately 800, they claim that the security forces’ dispersal of the Nahda sit-in killed at least 87 protesters, as well as the two police fatalities.

Whilst no security officers or Ministry of Interior officials have been charged for the events of August 2013, many accused of being involved with the sit-ins and following events have been charged. Reactions to the dispersals of Rabaa Al-Adaweya and Al-Nahda squares saw violence spark across the country. In December, the Prosecutor General referred 439 defendants to military court: 139 defendants in the case of killing of three police personnel and breaking into a Minya police station and setting it ablaze. Another 300 are facing military tribunal for damage to a Beheira government building.