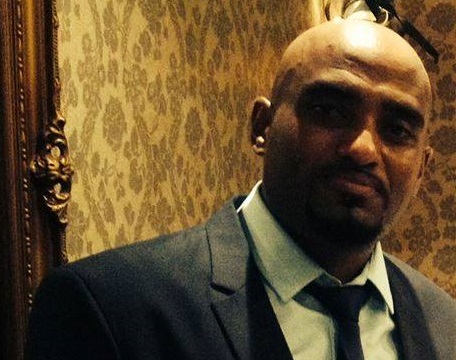 At the end of the ‘90s, everywhere I went I was asked the same boring question as a journalist living in Algeria. It is a question that haunted the people who asked me and exhausted me: Is it true that Islamist groups are the ones behind all the terrorist crimes in Algeria? Easy and malicious as the question was, I was very careful to give an objective answer, away from acquitting any parties or giving a ready answer of yes or no.

Answering a question like that needed so much explaining of the circumstances, backgrounds, social and religious atmosphere and the political behaviour that can lead any country to the same conclusion. Those who asked were often narrow-minded and impatient and always looked for an easy answer that saved them the trouble of search for explanations.

Now, after more than a decade, the question is not asked with the same persistence, not because Algeria has recovered and overcome its obstacle, but because many countries now are victims of the same crisis.

I do not know if these ex-chasers are now convinced with everything I was telling them or if they ask the same question to other people. One thing is for sure, that Islamic State (IS), the group that stole the spotlight from the Armed Islamic Group in Algeria (GIA) or even Al-Qaeda which took control over the situation for more than a decade, has resulted in deep disruption in the vision and thinking, causing this question to not be as seriously asked, and the conspiracy theory to be revitalised.

The most important question will remain, and it is: why does the Islamic world witness this kind of violence and extremism expansion. Surprisingly this expansion is supported by normal youth who seem to be far from political excess, let alone real extremists? This question might require more than one investigation concerning social, political and economic circumstances which participate in the occurrence of this phenomenon, aside from the educational and psychological complex.

On the other hand, we need to reconsider many analysis methodologies, which used to be dominant on the reasons, resources and pretexts of extremism, in addition to its relation with a specific social category. It is of not that the recent examples of the people who joined IS lately showed by the means of social networks are worthy of our observation.

The two Egyptian models, Islam Yaken and Mahmoud Al-Ghandour, are enough to rethink the means used by the military services of IS in order to attract more youth.

Two Egyptian men who come from middle class families were the victims of the IS. Islam joined IS first.

Islam Yaken was born and based in Masr El-Gadida. He studied at a private French high school, Lycée La Liberté, and graduated from the Faculty of Law, Ain Shams University. He used to care about his physical appearance and go to body-building at the gym. He also was ambitious to find a good job opportunity after the revolution.

After the revolution, Egypt went through a phase of deep political polarisation. It was ruled by the revolutionary movement with all its liberal and leftist extensions, the religious movement which seemed to survive to seize the chance in order to establish an Islamic state along with resonant slogans that touched people’s hearts, and the third movement, which could be described as the remnants of the former regime which was hardly trying to re-gain its strength.

Back at that time, Islam had no political interest of any kind and it is not confirmed that he took part in the 25 January Revolution. After that, he went through a critical phase in his life where he participated in the presidential elections in 2012, where the competition was fierce between candidates. The next phase was full of Islamist slogans by religious parties, reaching its peak in June 2013.

When ousted President Morsi hosted a conference on the Position of the Nation’s Scholars, which was held in the presence of more than 500 religious scholars and roughly 70 organisations and states, it was concluded with a Fatwa saying that Jihad in Syria is an obligation, through money, weapon or soul, for every Muslim who is able to. This was announced by a very well-known Salafist Egyptian scholar named Mohamed Hassan in the presence of an audience in Cairo International Stadium, under the name “support of the Syrian uprising”, where Morsi himself attended the conference. The conference was held two weeks before 30 June.

This was followed by violent confrontations between his followers and the Egyptian security institutions. Perhaps this hustle was what psychologically affected an ambitious young man who lost all chances, making him an easy victim.

As we mentioned, this young man believed that he lost paradise on earth so he was seeking paradise in the later life. Terrorist regimes use this card. In other words and under the name of an official state, terrorist regimes guarantee eternal paradise for everyone who dies defending Syria and Islam, which easily affects youth, especially after being sure that they lost joy in life.

Of course, Islam’s decision to join IS affected his relations with the closest people to him, just like his friend Mahmoud Al-Ghandour, who was famous for his love of life and art. Al-Ghandour used to write on his Facebook page and his Ask.fm account that his role model was Egyptian director Youssef Chahine, explaining this by his admiration to his way unusual way of thinking. Regarding whom he would meet in life, his answer was the American actress Amy Adams. However, some sort of disorder in Al-Ghandour’s thinking occurred since the death of his friend in a traffic accident in 2012, in addition to the incident mentioned before and his close friend, Islam Yaken, joining the terrorist group.

Yousef Chahine was replaced by Abu Bakr Al-Baghdadi, as a role model, and Amy Adams by Islam Yaken whom he missed and looks forward to meeting in the battlefield of jihad, or paradise. Both identical models and their strong presence on social networks pages now dispel the old question of “Is it true that Islamic groups commit these terrorist crimes?” because modern media now is allowing these entities to show their job in unprecedented bravado. The announcement of Yaken joining IS was through his profile on Twitter, with a picture with human amputated heads, attached with a comment of “of course, the vacation will not be complete without a picture with one of the dogs’ dead bodies.” The tweets made success, until Al-Ghandour’s joining and even after that, where the last tweet Al-Ghandour wrote was about his support to the terrorist operation which took place in Tunisia and led to the death of 19 tourists. He expressed his opinion by saying “I ask god to increase the operations of terrifying enemies of god and to implant jihad seed in the land of Tunisia”, adding that “we spent our whole life waiting for this operation.”

Finally, the answer of the second question (why does the Islamic world witnesses this kind of violence and extremism expansion?) still needs wise addressing that calls all political, social, economic and educational  circumstances related to curricula, as well as media content. It needs careful wise treatments, away from the ready quick answers.

Mahmoud Abu Bakr is an Ertirean journalist, and former editor of international affairs section at Algerie News desk in Cairo