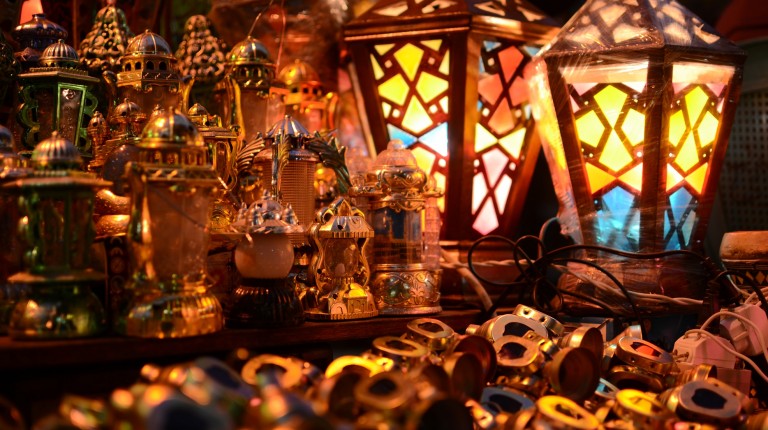 A decision to stop the importation of Ramadan lanterns (known as Fawanees) was taken by Minister of Industry and Foreign Trade, Mounir Fakhry Abdel Nour.

This decision is considered to be a turning point for a country that has been mainly depending on purchasing a locally favoured heritage for years from abroad.

The new rule arrives following a decision to stop imports of products that have features of Egyptian folklore and antiquities at the beginning of April 2015.

The ban will encourage the development of local and national industries, as well as help preserve Egyptian heritage, Mohamed Al-Suwaidi, Chairman of the Federation of Egyptian Industries (FEI) told state-run MENA.

Al-Suwaidi further noted that Abdel Nour’s decision will aid the handicrafts industry in many Egyptian villages, thus will provide several job opportunities for both young people and women. He also said that it will re-open the industry’s domestic market, which was shut down during the past period due to the importation of foreign products.

Mahmoud Saleh a coppersmith once told Daily News Egypt that sales for lanterns made in Egypt have dropped by more than 70% since the nineties. He attributed this to an infiltration of Chinese lanterns into the market alongside the Egyptian lanterns, which are masterpieces.

It is also said that the decision aims to alleviate the burden of providing the dollar in the market thus save hard currency, given that Ramadan 2014’s bill for imported lanterns was worth EGP 50m (equivalent to approximately $6.5m).

Commenting on the decision, Osama Gaafar, a board member at Cairo Chamber of Commerce, told Al-Hayat TV that it’s a good step. However, a very important aspect has been overlooked referring to merchants or importers who have already placed orders for lanterns from abroad and will most likely fail to receive them and lose the money they paid.

“These are Egyptians who will lose their money, they should be protected and they should’ve been given a time span before this abrupt decision that will severely harm them,” Gaafar noted.

The month of Ramadan will commence in June 2015, before which Egypt’s streets are filled with booths packed with lanterns of different shapes and sizes that appeal to children and adults. Prices for lanterns dramatically vary from the cheapest made-in-China plastic lanterns to the carefully handcrafted traditional metal lanterns.