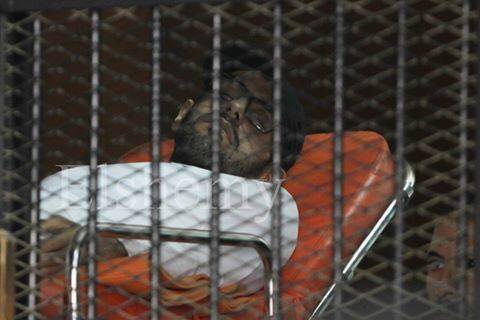 The US administration has criticised Egypt’s Criminal Court’s sentence of life imprisonment against Mohamed Soltan.

In doing so, the US administration also called on the Egyptian government to “redress” the verdict.

The Cairo Criminal Court sentenced Soltan and 36 defendants to life imprisonmeny on Saturday. It also ratified the death sentences against 14 others in the Muslim Brotherhood’s “Operations Room” case. Soltan, who holds dual US-Egyptian nationality, has been on hunger strike for over 420 days in protest against his imprisonment.

Prosecutor General Hisham Barakat had referred the detainees to the Criminal Court in February 2014 for “forming an operations room to direct the terrorist Muslim Brotherhood to defy the government during the Rabaa Al-Adaweya sit-in dispersal, and to spread chaos in the country”. The defendants have been standing trial since April 2014.

“The US government is deeply disappointed in the Egyptian court’s decision in the case of US citizen Mohamed Soltan,” a statement from the US State Department’s spokeswoman Marie Harf read.

The State Department statement expressed deep concern over Soltan’s health due to the hunger strike, and reiterated calls for his release on humanitarian grounds.

The statement confirmed that the US embassy will maintain contact with Soltan and continue “all possible consular assistance.”