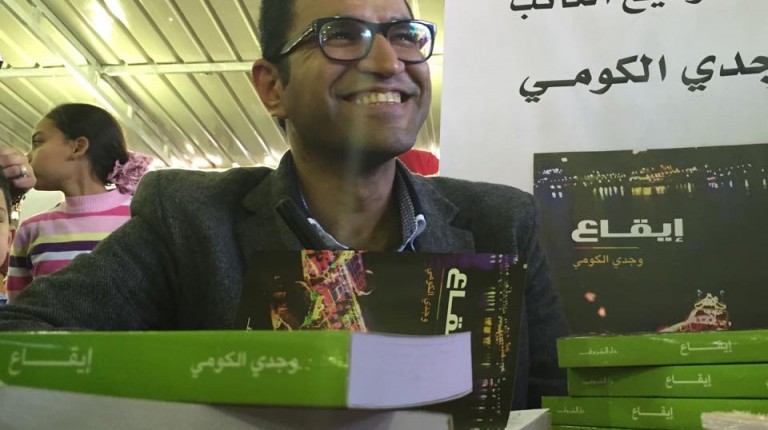 Strutting, dancing and swaying with the music is how over 100 different dresses spent the night on Cairo Couture’s first runway. For a night full of glamour and fashion allure, Egypt’s top and most prominent designers invited the fashion population to witness their upcoming summer and spring creations.

Fashion Zone, well-known local fashion magazine, organised its very first fashion event last Tuesday, to give the industry one professional push forward. In the heart of the Fairmont Hotel, Fashion Zone’s team set one large runway in the same way as sets at international fashion shows, which we rarely see in Cairo.

Regardless of the event’s name, which strictly defines Haute Couture garments, few designers did not seem to stick to the topic. While couture dresses are the ones made to measure and represent a one of a kind concept, several collections were closer to the ready-to-wear genre.

With that being said, the crowd was certainly left breathless after several shows. The UK’s La Mo Designs along with Egyptian fashion studio Moja Khafagi, embraced a colourful pallet yet with different interpretations. While La Mo’s outfits were clearly influenced by her African roots, Moja Khafagi’s lines and cuts showed the flowing nature of the sea.

On the other hand, Shay’s Couture as well as A’ Lia Couture used an all white fabrics. Shay’s dresses showcased a wide range of timeless wedding dresses. Meanwhile, Alia El-Nahass expressed her deep love of Zuhair Murad’s technique and ideology with an intricate collection that can go from the beach to the wedding altar.

In spite of their contradicting origins, Egyptian Hady Saad and American Tiffany Rae both agreed on the power of monochrome.

Saad applied the event’s couture nature with his slick black and white gowns, which were decorated with exquisite hand sewed embroidery. Meanwhile, Rae’s creations had distinctive geometric details with a wearable overall look.

The true star of the night was none other than the young and promising Fashion Clash. For 10 months more than 20 students worked, under the direction of former architect Ahmed Abdrabboh, on this Avant-garde collection.

The group collaborated with Moja Khafagi to come out with 15 different outfits that represent different concepts yet under one general umbrella. The project is best described as fashion-architect as it introduces the avant-garde, new and unusual, idea of a four dimensional garment.

Their one-hour show manifested the models’ impressive talent, as each one was asked to follow a strict choreography that matched the dress and its sole idea. The project also showed great attention to details as the music was selected carefully to take the audience from one mood to another.

Their peak was definitely the “Unfinished Bride”, as the model started walking on the runway, the designer behind the dress along with hair and beauty experts from Kriss Beauty Dalons followed. By the time she reached the end of the runway, the trio managed to finish her hair and make-up.

Moreover, the young designer theatrically managed to put on her the lower fluffy part of the dress. The whole act gave an extra meaning to the image our society forces on us while displaying a unique wedding dress.

The scene elaborated how sometimes people are forced to wear something they’re not comfortable with, just to please others and be accepted in a society which cares so much about appearance.

Norine Farah and Maison Saedi followed next. The two designers were clear advocates of the French design method, as they both used highly detailed fabrics with hand-made embroidery.

For this season, Farah changed her usual warrior and edgy silhouette. Rather than her key leather details, this collection represents a major romantic detour with pearls and flowers. Her colour pallet was mainly mellow with great off-white presence.

Maison Saedi simultaneously displayed an inclusive collection that went all the way from short-light dresses to sequin gowns with elaborated drape. Saedi was also keen on keeping his metal signature which was present through the silver warrior top and brass handbags.

For the great finale, there was none other than the established American designer Stevie Boi, who has designed for several international stars such as Madonna, Lady Gaga and Beyonce.

Boi’s eye-wear was paired with all-white beachwear. With the help of advanced light and sound features, the collection ended up surprising the audience with its lighting nature. Nonetheless, being part of a Couture show the collection did not seem to fit the general mood.

Up Fuse: finding colours and patterns amid plastic garbage